“I wish to be a motorsport engineer”

10-year-old Zaid, who's living with Dravet syndrome, lives in Coventry with his mum, dad and little sister. He loves cars and his wish to be a motorsport engineer was granted in March 2018.

Ever since he was a baby, Zaid has had dangerous seizures caused by a rare genetic mutation called Dravet syndrome. These seizures can be fatal, so Zaid's family need to be nearby and on alert at all times.

For a long time, doctors didn’t know what was causing the seizures and Sophie felt very isolated. She said: “When we finally received the diagnosis I was in shock, but I still thought he would grow up and be independent. Now we know differently.”

Epilepsy damages the brain so Zaid has limited speech and is a bit wobbly on his feet. He is desperate to make friends but finds it hard to communicate with children his own age and his mum, Sophie, can tell that this frustrates and saddens him. But Zaid is a happy chap who has learnt to adapt, and his family have too. 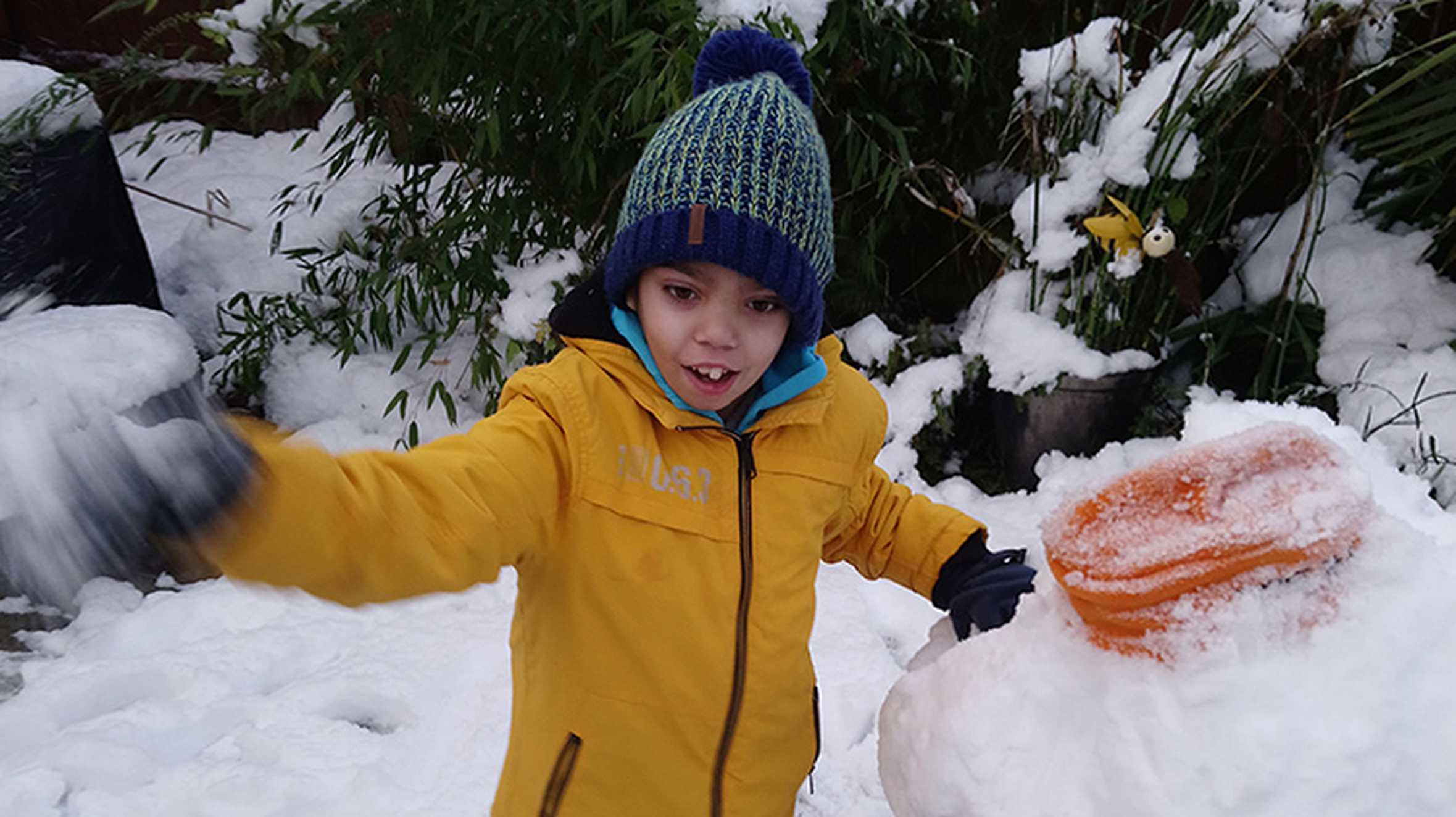 Zaid loves anything that has wheels on it! The motion of being in a car helps him to relax, and he loves being around mechanical things. His favourite activity is to ask his mum to pop open the bonnet of her car so he can see the engine. So sometimes, Sophie takes him to Kwik Fit to see the professionals at work!

Zaid's wish was to be a motorsport engineer, so Wishgranter Dan organised a whole day of activities for him and his family including special behind-the-scenes access to the paddocks at Silverstone - a major race track! 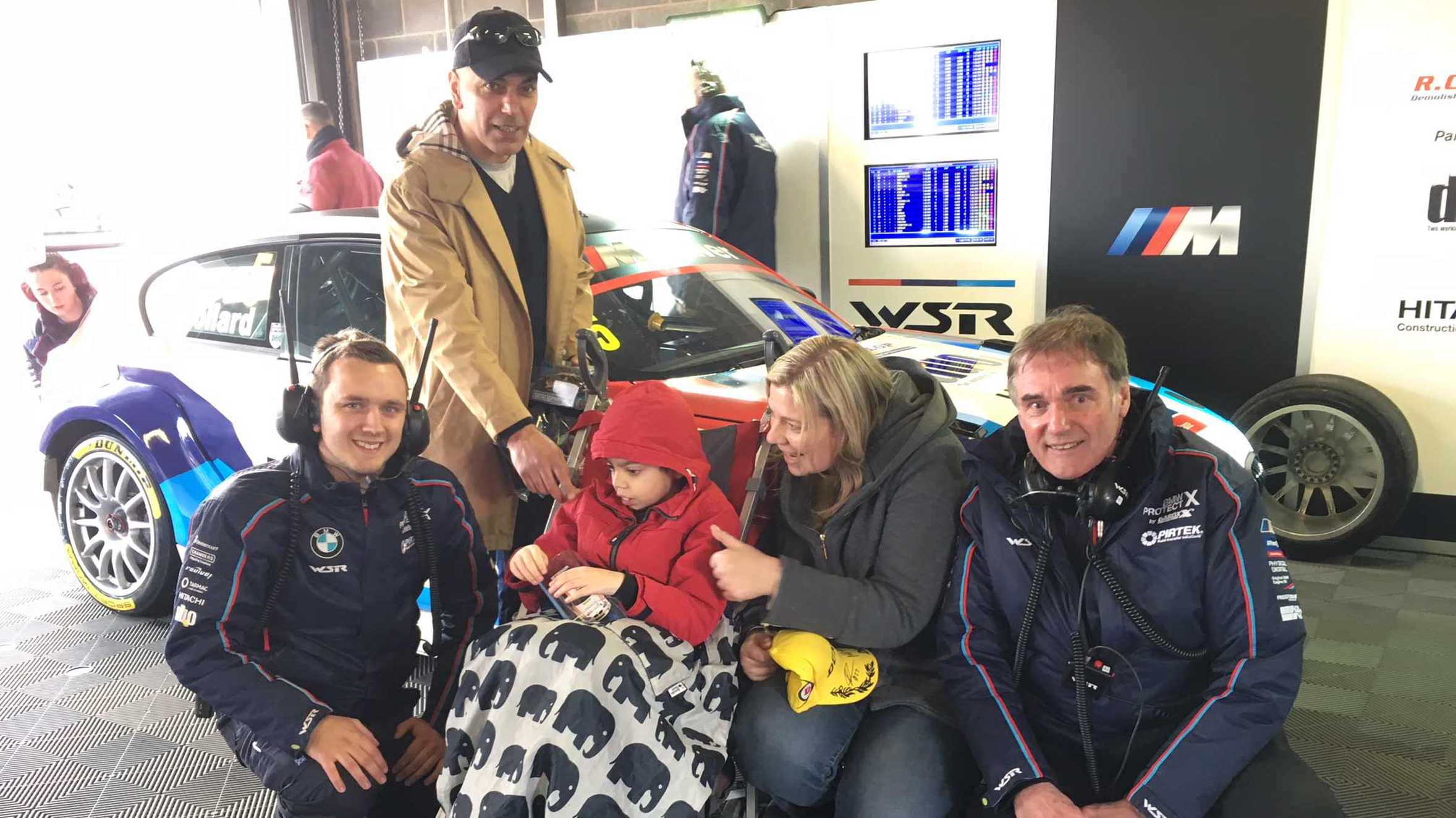 Zaid and family with Matt Neal

“Zaid picks up every virus under the sun during winter,” Sophie explained, “and when his wish day arrived we were worried, as he’d had two seizures in the previous few days and wasn’t his usual self.

"It was a difficult decision whether we should go, but I’m so glad we did. We don’t often get the chance to go out as a family unit together, and to know that so much time and effort had been put in for Zaid made us feel extra special and took all the stress away.”

Dan had booked a limo for Zaid's journey to Silverstone and when it arrived, he was already dressed in the overalls Dan had sent him. Although Zaid didn’t feel well enough to leave his pushchair at the racetrack, his eyes were glued to everything he saw and his fingers were ‘twinkling’ with excitement.

Sophie said: “It was great to open his eyes a bit wider and see him enjoying a completely new experience.” 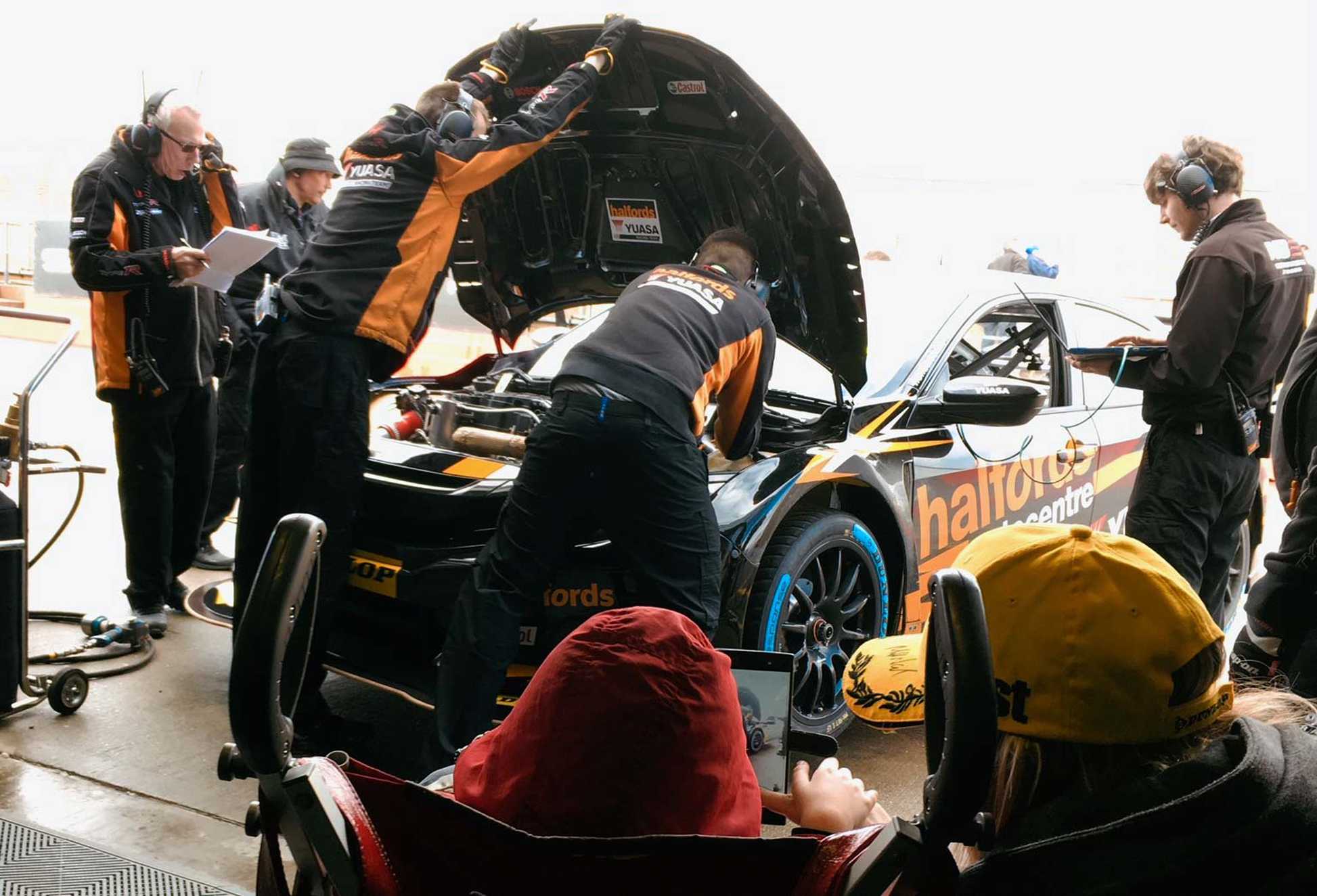 Sophie added: “Zaid was treated like a total VIP because everyone knew we were there with Make-A-Wish. All the engineers, staff, drivers…everyone went out of their way to talk to Zaid on his level and shake his hand, and they didn’t just look at him as a sick kid, which means a lot.

“We were introduced to all the drivers and head engineers at each garage. One of the drivers gave Zaid a bright yellow Dunlop hat and signed his autograph. The next garage gave him a t-shirt and a mini Scalextric car." 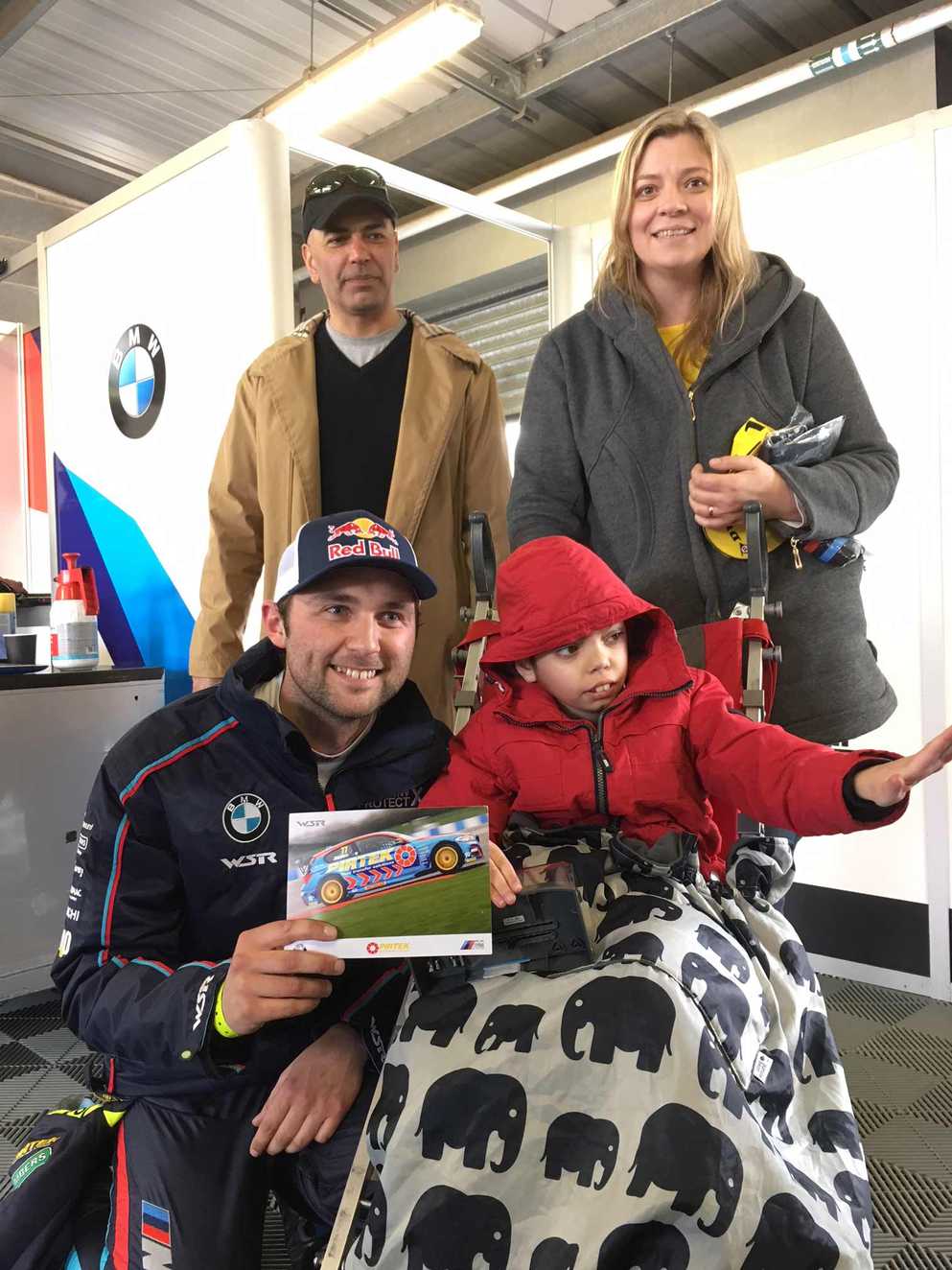 Zaid with a racing driver

"We watched them taking the wheels off cars, refuelling them and then zooming off again. The smell of the cars, the petrol and the hot wheels, and the hustle and bustle around the technicians and engineers was a real buzz and a sensory experience which was brilliant for Zaid who is a sensory seeker.

“Everyone there was so relaxed, but for us it was such an adrenaline rush! It was just amazing and everyone was so kind. When it was over, Zaid climbed into the limousine and fell asleep almost immediately!" 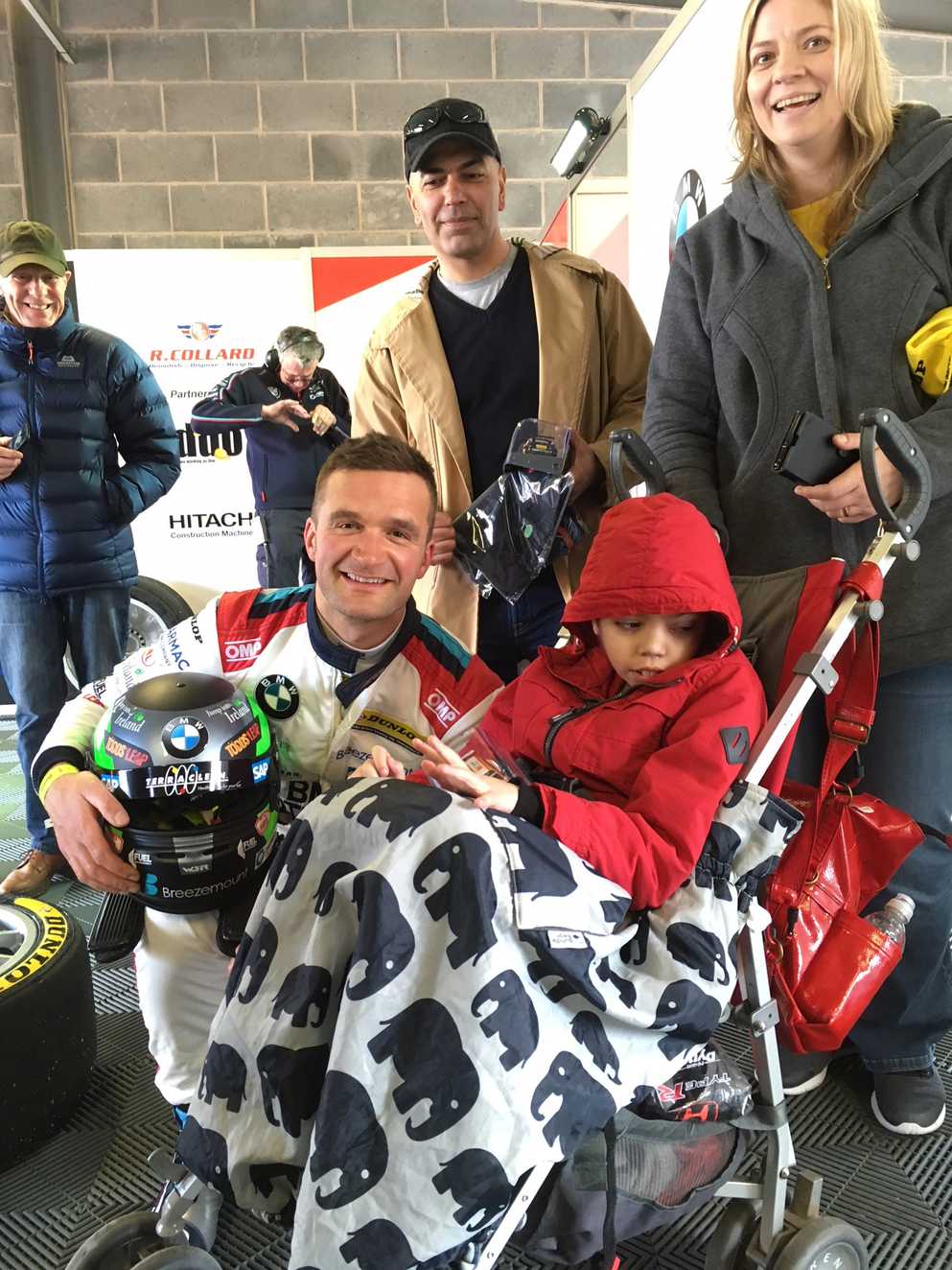 Zaid with his family and a racing driver

"Although Zaid lives in his own world, he enjoys experiences like this in his own way, and it allows us to connect with him. It’s difficult to tell whether Zaid still thinks about the day in the same way as us, but we like to think it will have a lasting effect on him. I wish we could replay the day over and over again. We had the time of our lives on Zaid’s wish."