“I wish to go and see CBeebies magazine being made” 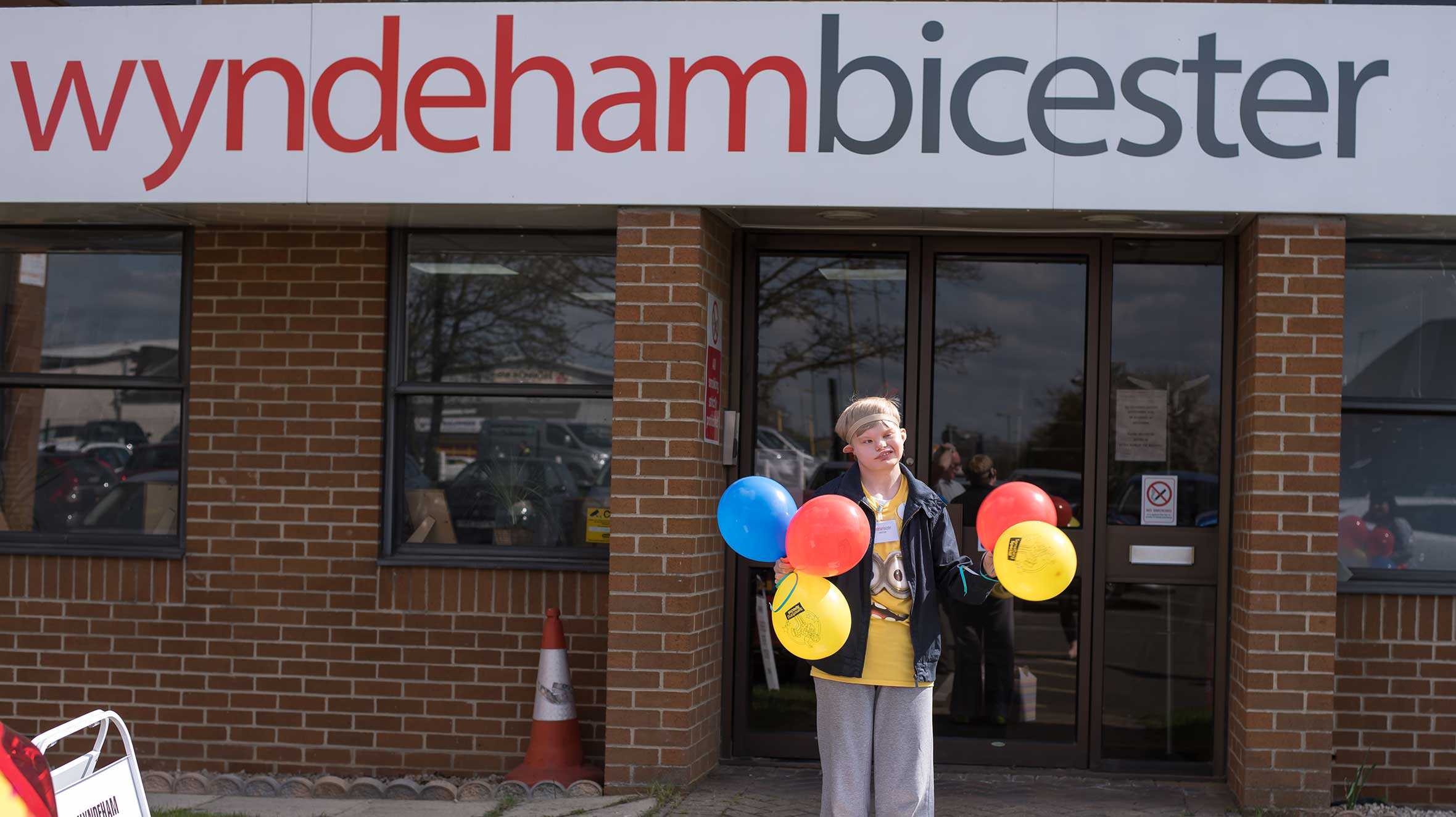 15 year old George from Redditch was diagnosed at birth with a condition called CHARGE syndrome, a genetic condition that causes developmental delay, deafness, sight defects and autism, as well as other symptoms.

George’s parents, Helen and Keith, adopted him when he was 16 months old. Helen said, “He wasn’t at all well, had lived all his life in hospital and we were asked to foster him.”

“We were already approved adopters and as time went on looking after George the whole family felt immense love for him, so much so that we asked if we could adopt him, and we were so happy when social services agreed.”

Helen describes George as a gentle child who likes his own company and spends a lot of time in the family’s conservatory with his magazines – one of his biggest passions.

He has over 300 issues meticulously laid out in the conservatory!

George also loves the children’s TV channel CBeebies, so there was no doubt in Helen and Keith’s mind what George’s wish would be - a trip to the factory where the CBeebies magazines are made and printed!

Because of the difficulties in communicating with George, he wasn’t told about his wish before-hand, so when the family arrived on the day at the Wyndeham Group factory, he only started to have an inkling of what sort of treat he was in for when he noticed the magazines in the waiting room.

George then became suspicious when he spotted a CBeebies magazine on the table, but his excitement wasn’t complete until he was led through to see all the fascinating machines – he immediately gave his mum and dad a big hug when he realised! 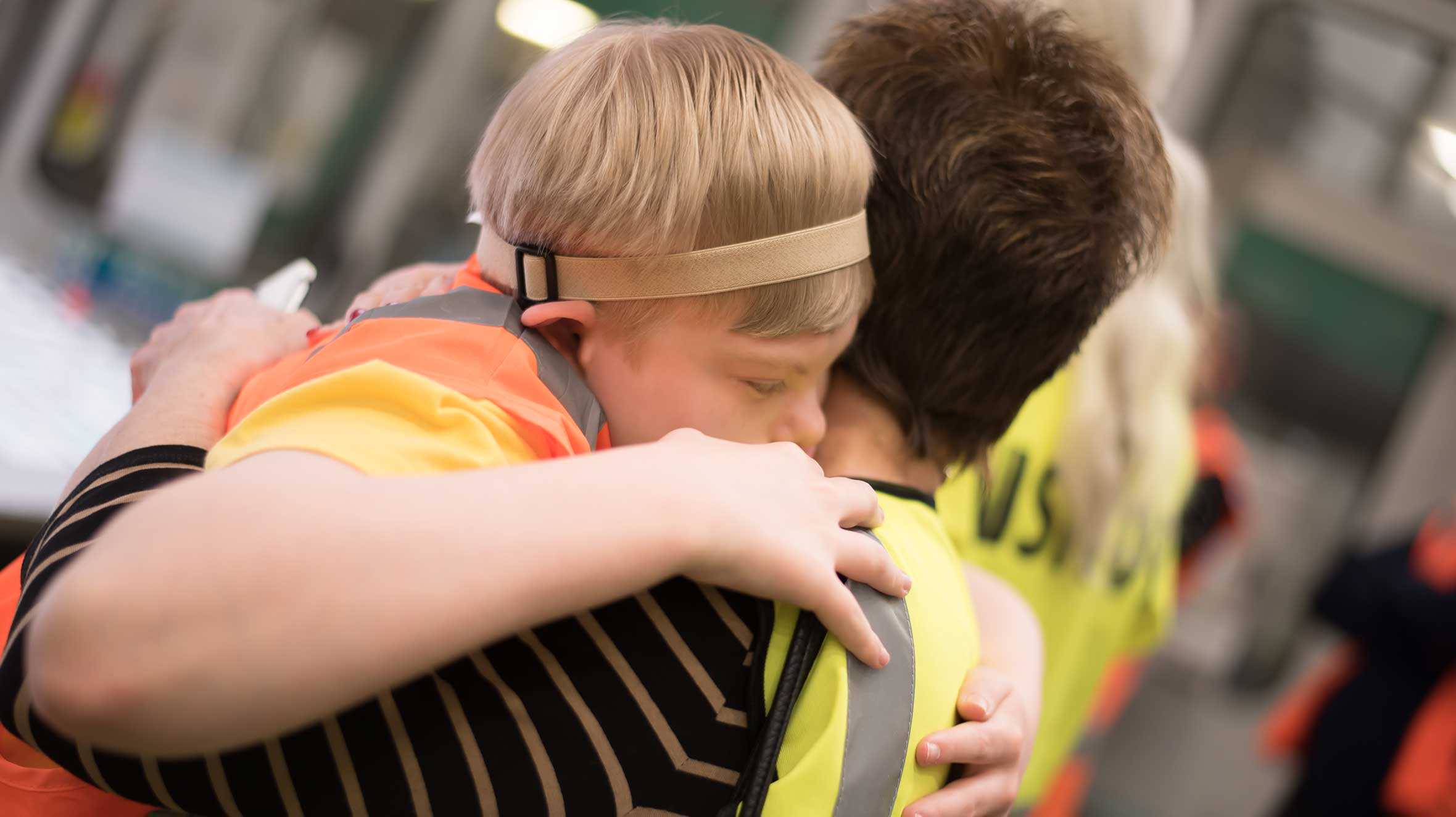 George got to watch an issue being created from beginning to end, starting with how the pictures are put together and ending with getting that same issue bring handed to him – with his photo on the cover!

Helen said his favourite part was seeing the stapling machine – they spent the longest time there as George was mesmerised staring at the machine. 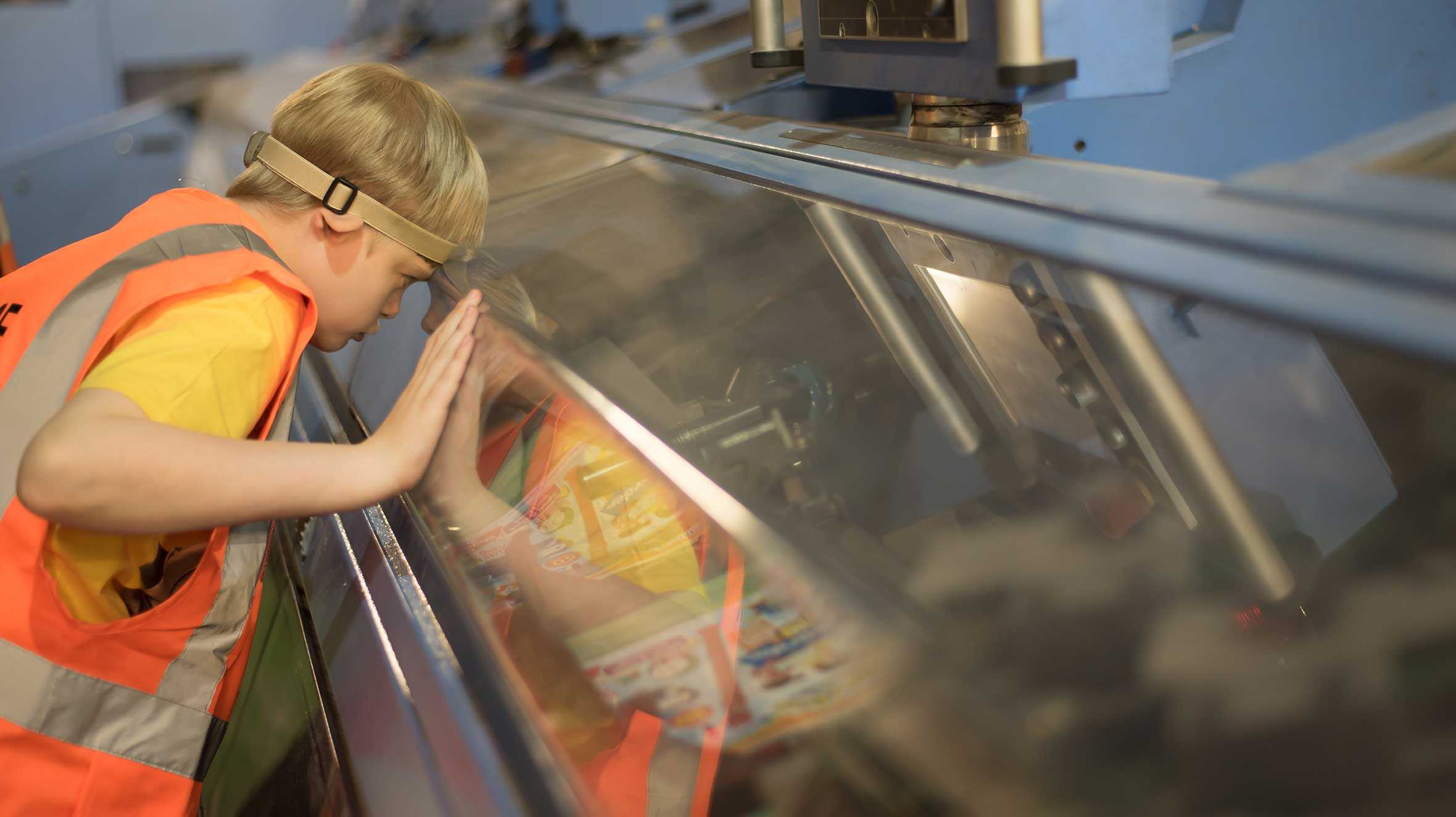 Another special moment was when George was presented with a big box of CBeebies goodies and a framed version of the magazine cover. 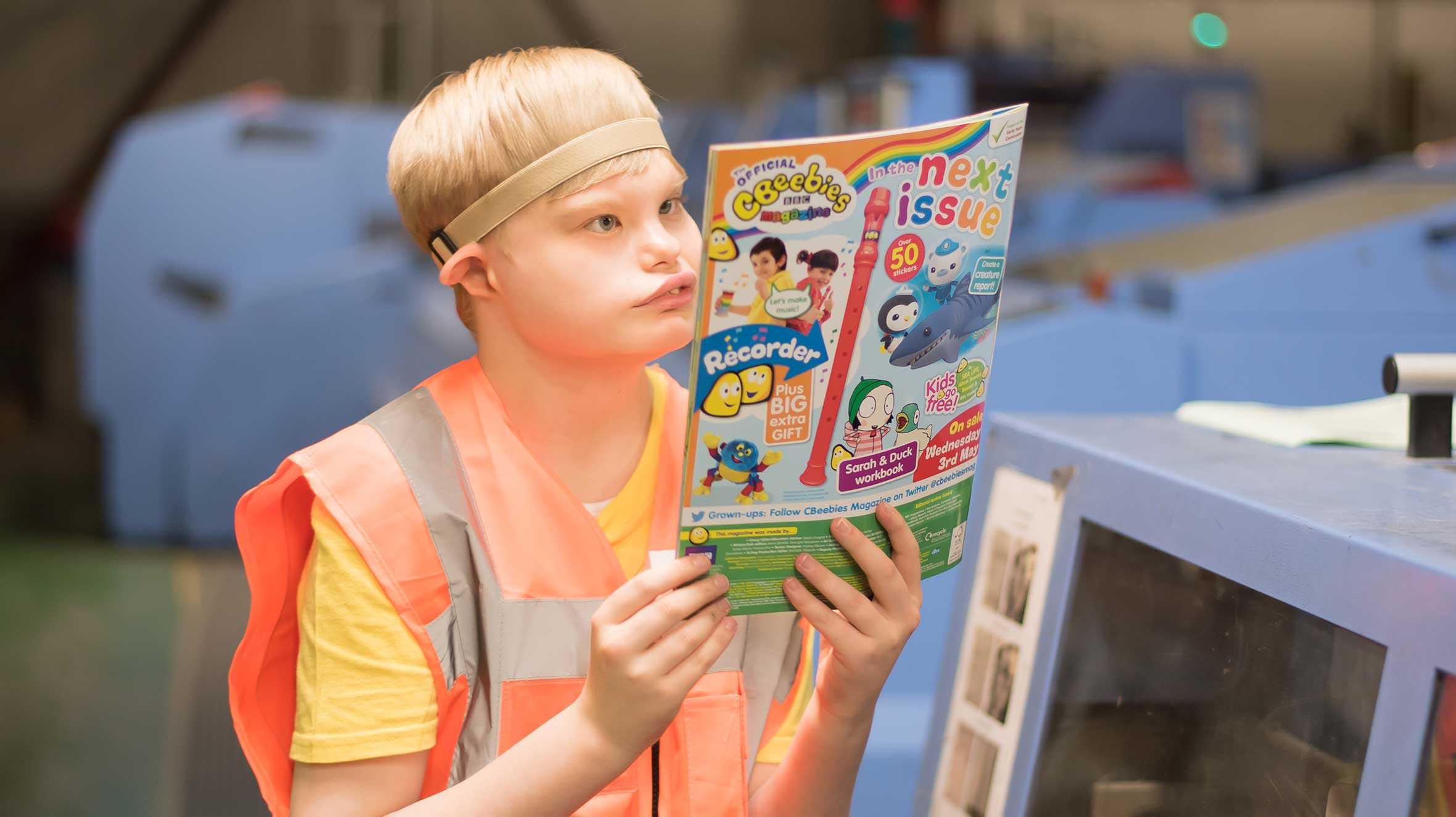 An unforgettable day for George

When George’s magical day came to an end, Helen and Keith asked if they could take home the balloons and bunting that had been set up to welcome him – the bunting has now found its’ new home in George’s bedroom and all 20 balloons are decorating the conservatory where his magazine collection lives!

His brand new CBeebies magazine also has its very own special place in the conservatory, separate from all the others.

George still remembers the day well; he loves looking through the photo album Helen made of all the lovely photos and hugs the box of CBeebies goodies he was given when walking around the house! 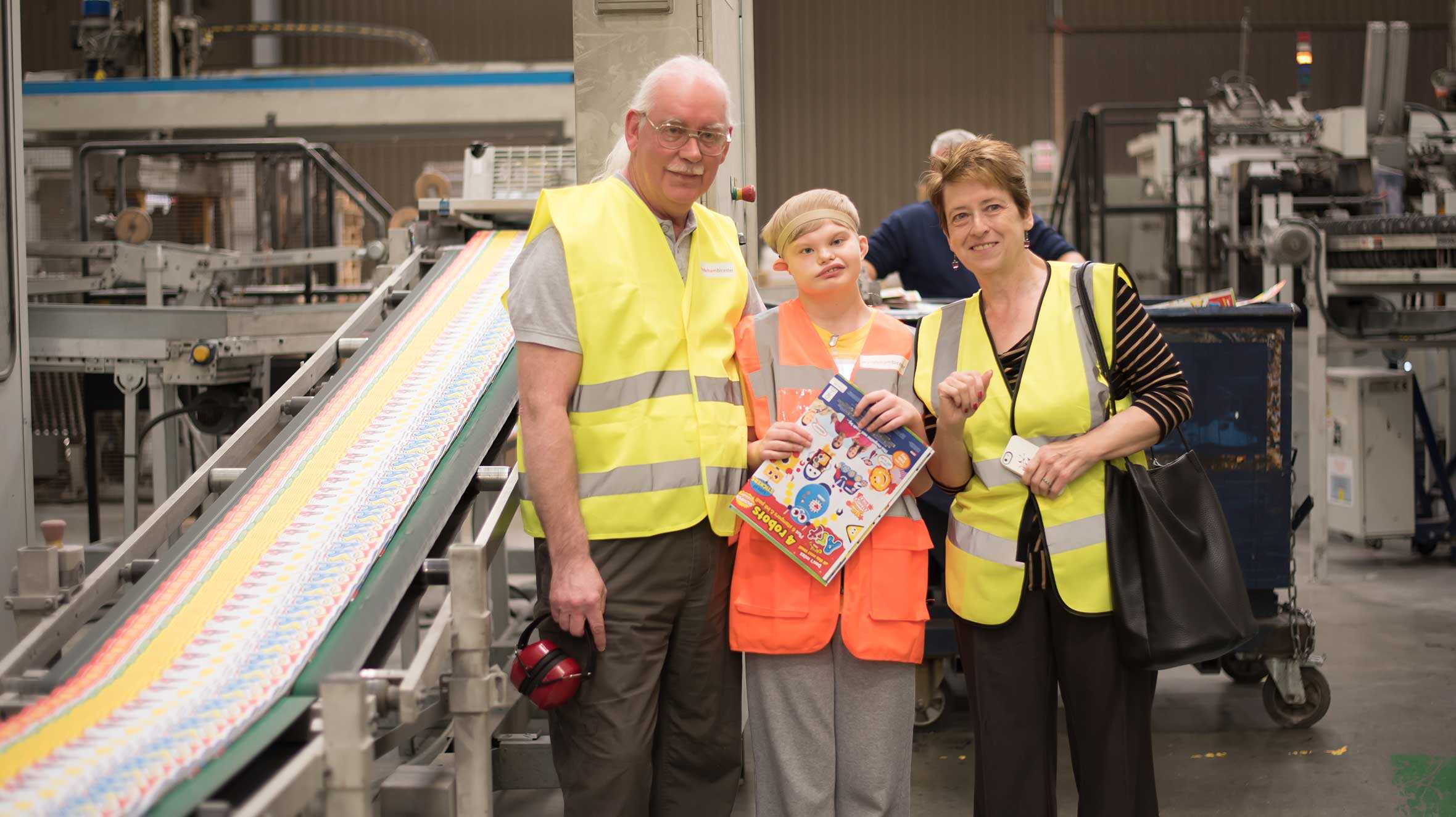