“I wish to have home gym equipment”

Darshan’s wish to have home gym equipment is building his strength following gruelling treatment for a brain tumour. He also enjoys cooking nutritious meals and running a healthy eating blog – when time allows. So, watch out Joe Wicks! There’s a new kid on the block!

If you met 14-year-old Darshan today you’d think he was just another Hertfordshire teenager: going to school, messing around with his younger sister Anees, enjoying swimming, and - of course - enjoying his food.

But where many of us would opt for a takeaway - given half a chance - Darshan prefers to cook from scratch for his family, including parents Samreen and Fraser, as well as his friends. His interest in fitness and nutrition began when he learnt that eating well, and exercising would aid his general wellbeing and help him recover from a critical illness.

Samreen said: “Darshan started getting headaches in early January 2017. We took him to the doctor several times and then to a private paediatrician who checked his eyes and said, ‘there’s nothing serious here.’ But one morning, he was really unwell and said he felt like his head would explode. Within 24 hours, a scan showed a mass in the middle of his brain. We were about to get on a plane to Vietnam, but everything went on hold so we could explore treatment options.” 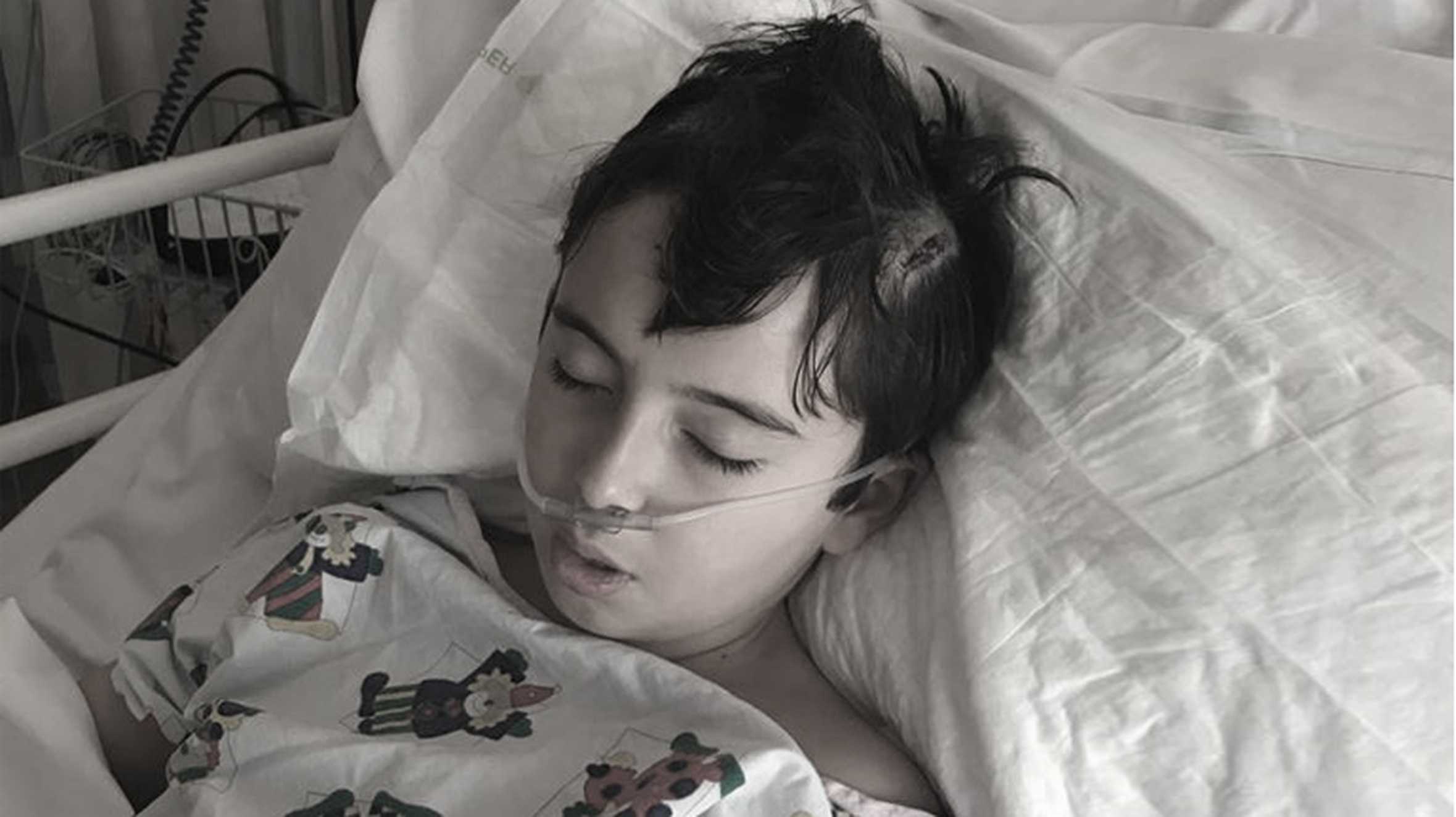 Darshan in hospital after his first operation

Once at John Radcliffe Hospital in Oxford, Darshan’s family researched his condition and spoke to specialists. First, Darshan needed a biopsy to identify which brain tumour he had out of the 180 or so different types that exist. That led to temporary paralysis, from which he recovered, followed by chemotherapy.

"I feel like I lost part of my childhood. I couldn’t have fun because I was constantly in hospital. It was impossible to be happy."

Darshan, reflecting on that time

After spending two months getting second and third opinions from all over Europe about the best possible treatment for Darshan, his family opted to self-fund proton beam therapy for him because it limited the damage to surrounding tissues in the delicate area of the brain. They re-mortgaged their home and set up an online fundraising page to help pay for their trip to the US. 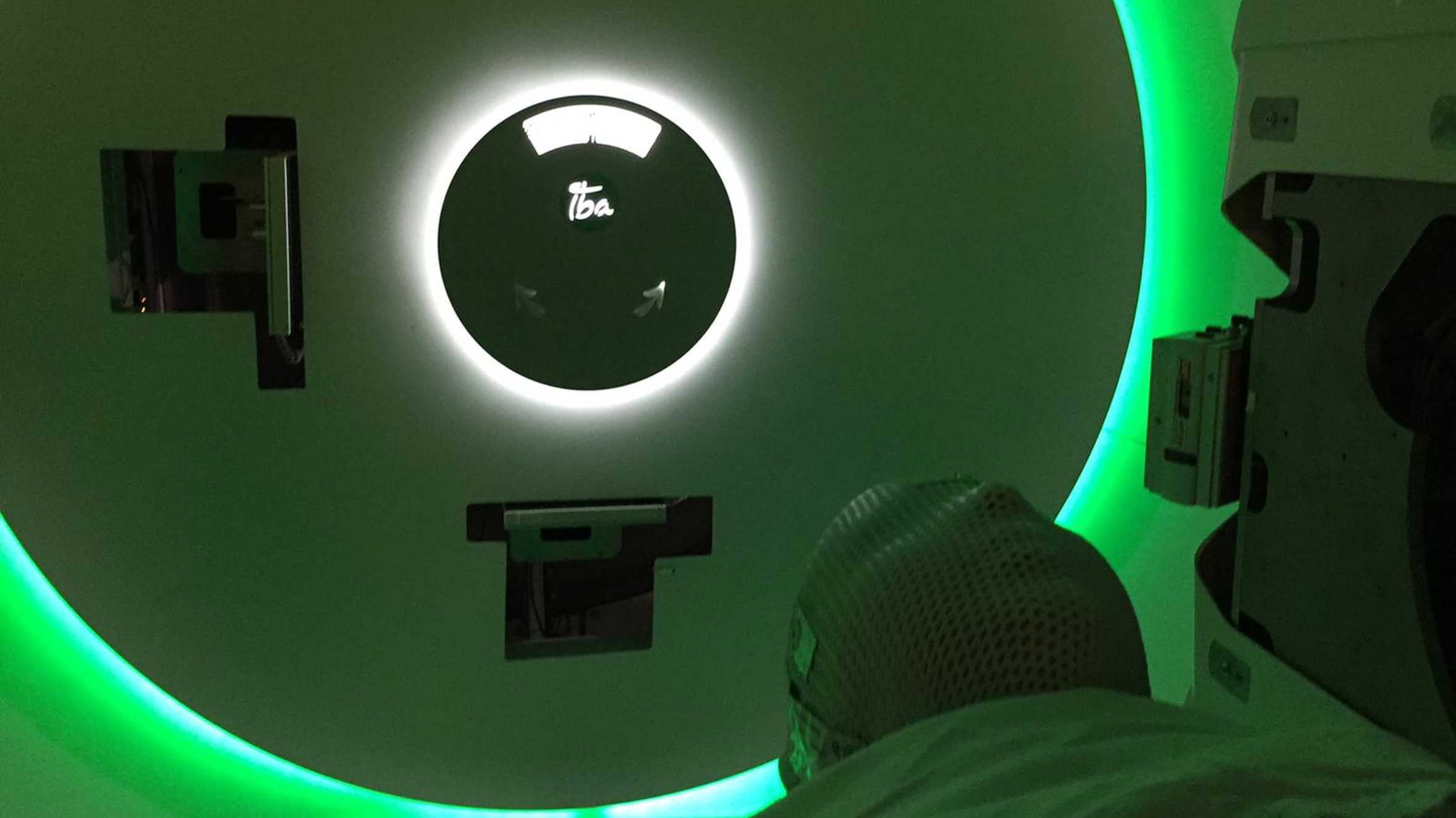 Darshan undergoing proton treatment in the US

Afterwards, Darshan’s confidence was low. He didn’t want to play his usual video games and having loved swimming; he had missed so much training because of illness that he was reluctant to get back in the water. That’s when Darshan’s wish became key to his recovery.

Samreen said: “He was too scared to go back to swimming, but we encouraged him to give it a go. He did and now he’s a very strong swimmer, when lockdown permits. He also started joining my Zoom workouts and got completely hooked.”

With a bit of help, Darshan set up his own website - Kidlivz - and involved his sister Anees in making videos too. 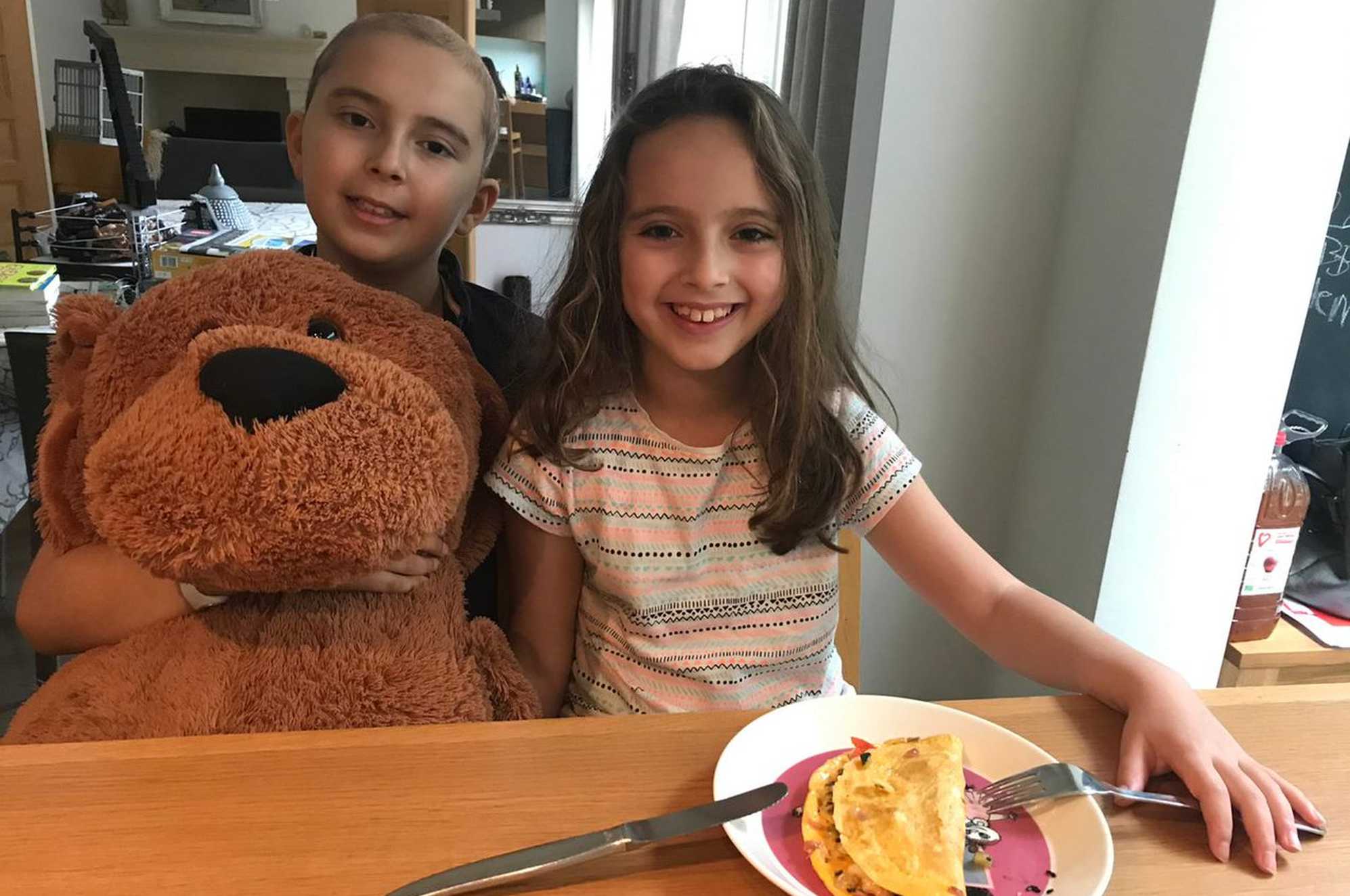 Darshan and Anees with pancakes they cooked

“He was like a dog with a bone!” Samreen explained, “and said he wanted other children to understand cancer. He knows it’s about strengthening his immune system and preventing illness in the future.”

After toying with the idea of meeting a well-known wrestler, Darshan decided his ultimate wish was to have his own gym kit so he could workout at home whatever the weather, and whatever the lockdown rules permitted. He started following various influencers and fitness brands on social media and knew exactly what he needed.

The impact of Darshan's wish

Gradually, Darshan’s wish was granted over the spring and summer of 2021 when various weighty parcels and odd-shaped objects were delivered to his home. His family cleared out their garage and are planning to get it reinforced to cope with his new barbell frame. In the meantime, they are improvising with pillows and other props! 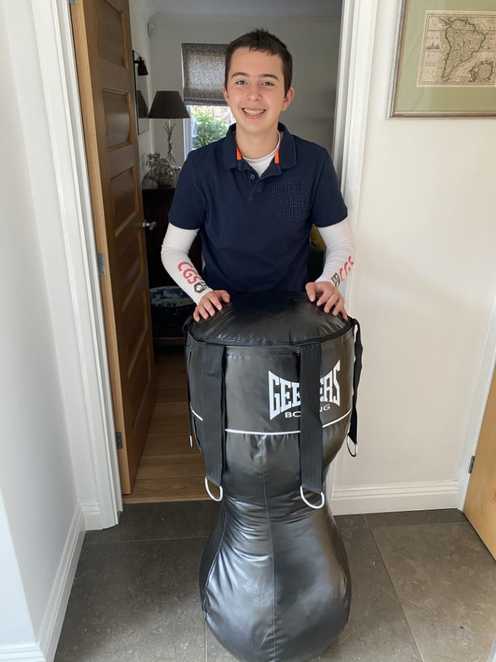 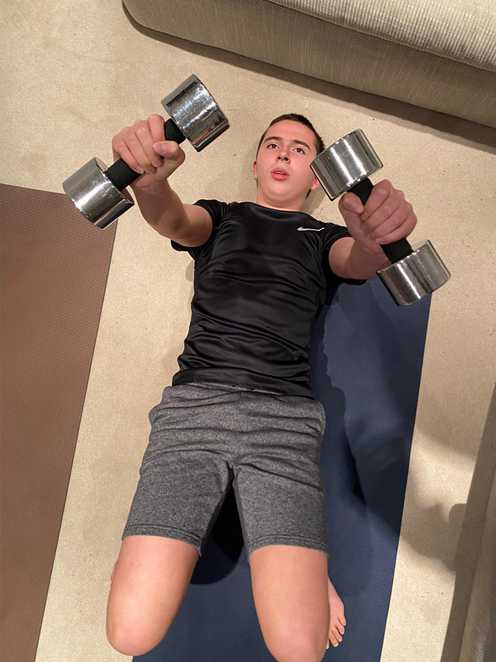 Darshan had the opportunity to meet Bear Grylls online who called him a hero and told him "never give up!" He also took part in some social media photo and video shoots for the brands that supplied items for his wish.

Darshan's wish has packed a punch! Not only will it last a lifetime and make him stronger each day, it's helping him to inspire other young people to lead a healthy lifestyle too.

Sam's wish to have a sea kayak

Read how Sam's wish has helped both his physical and mental wellbeing.

Like Darshan, Dakota is also a keen chef, inspiring her wish for cooking equipment.

You can help to grant wishes like Darshan's by donating a gift in kind.