“I wish to stay in a log cabin by a river”

Brandon lives by a farm and is fascinated by nature and David Attenborough, so when it came to choosing his One True Wish, he knew that he wanted to stay in a log cabin by a river. 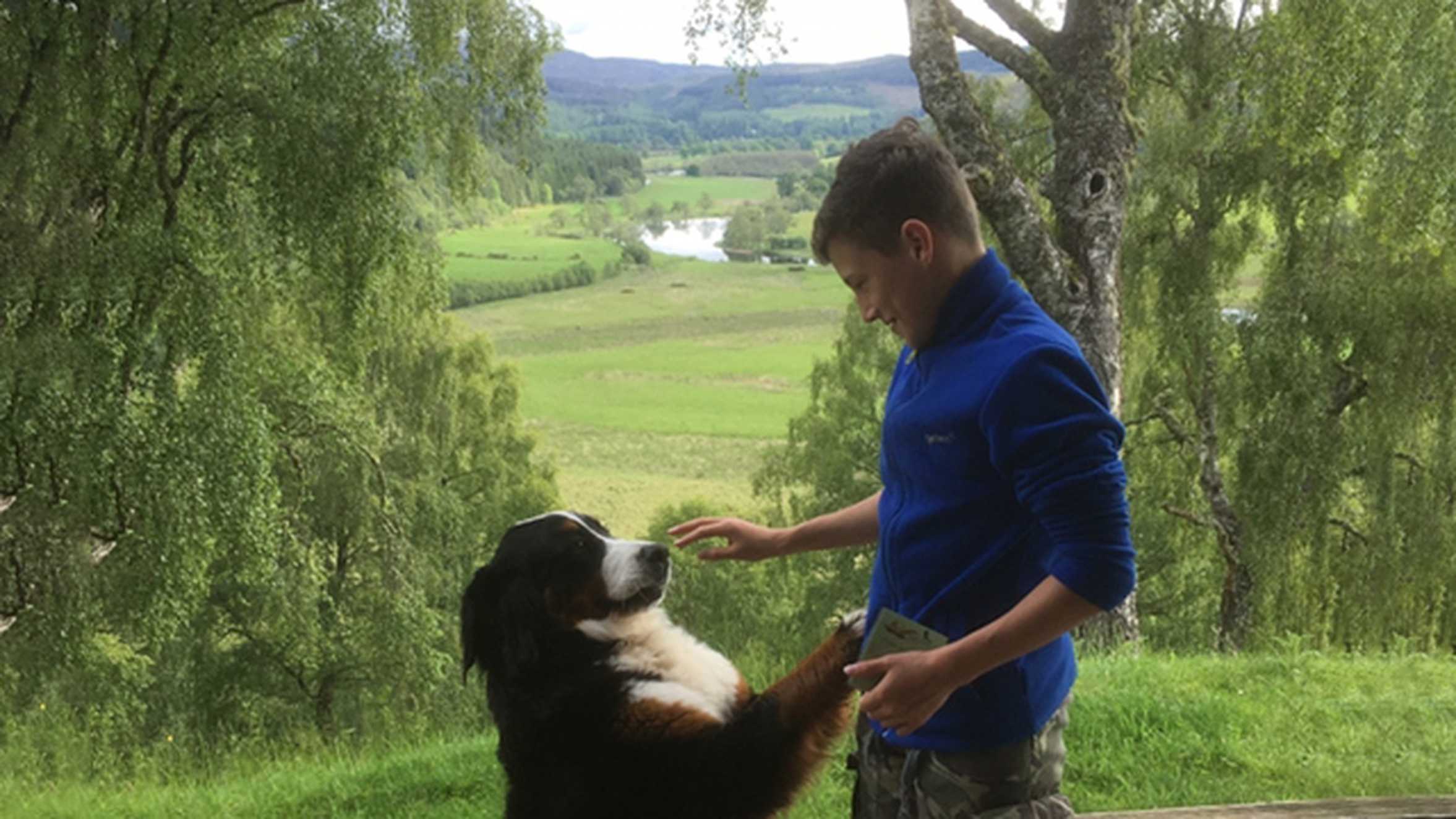 Brandon playing with a dog during his wish

It started with nosebleeds when Brandon was three years old, too heavy and too often to be normal for a young child. Then rashes started coming up, and other symptoms started creeping in; joint pain, weight loss, tiredness. It was all too much to ignore for mum, Sarah, who lives with Brandon and his stepdad in Wales.

Brandon is now 11, and the family are yet to receive a confirmed diagnosis. Doctors suspect that Brandon's illness is a form of auto-immune syndrome, meaning his immune system is attacking healthy cells and his future is uncertain. Sarah says that, at his worst, "Brandon looked like he was at death's door. He struggled to walk, was white as a sheet and covered in rashes. When he was too poorly for school, he struggled emotionally and lost a lot of self-confidence."

Now that Brandon's on medication that seems to be helping, he's getting his confidence back slowly, which is a big thing for him. His medication has to be injected daily. Brandon has overcome his fear of needles and now administers his own injections every day. "He's grown up so much after everything he's dealt with," says Sarah, "he often seems like an older person in a little person's body. He's lost his childhood to this illness, but he's fearless now”. 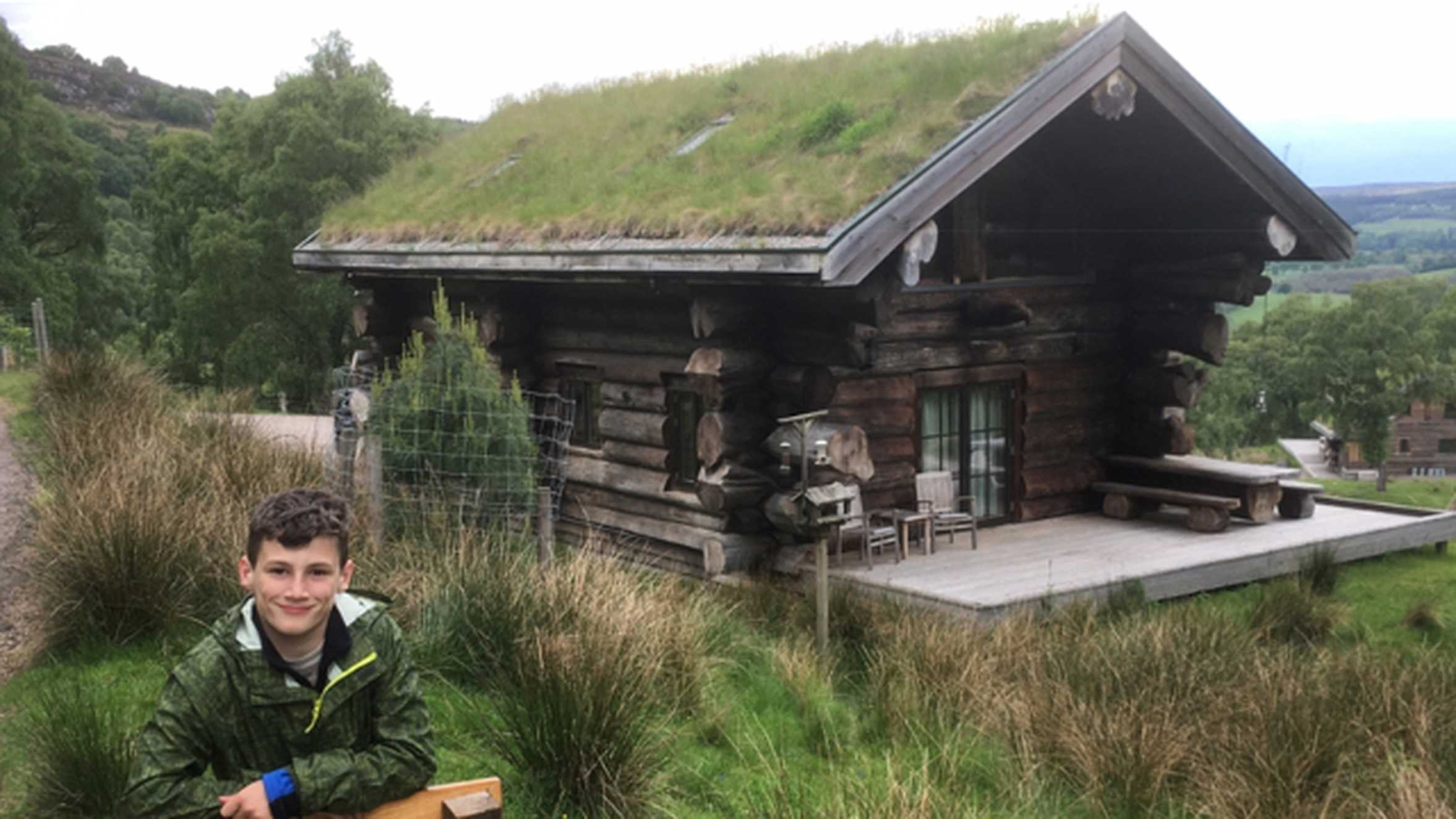 Brandon standing in front of his cabin

Sarah said, "When the hospital suggested we apply for a wish for Brandon I was quite upset – I thought Make-A-Wish only granted wishes for children with terminal illnesses.

"Brandon didn't think he deserved a wish because he said there are other people worse off than him. But when his wish book arrived, filled with ideas and prompts, that got his imagination going. He's nature-mad, and is a big David Attenborough fan! We live by a farm and Brandon has spent a lot of time around nature and horses with me. He had this idea stuck in his mind when the wish visitors came to discuss his wish – he wanted to stay in a log cabin by a river in the Highlands!

"Wishgranter Lucy worked closely with the family to plan an amazing adventure for Brandon. Mum, Sarah, unfortunately had an injury in the run-up to the wish, so it was postponed so that she could recover. When the new date rolled around in June 2019, they were raring to go. 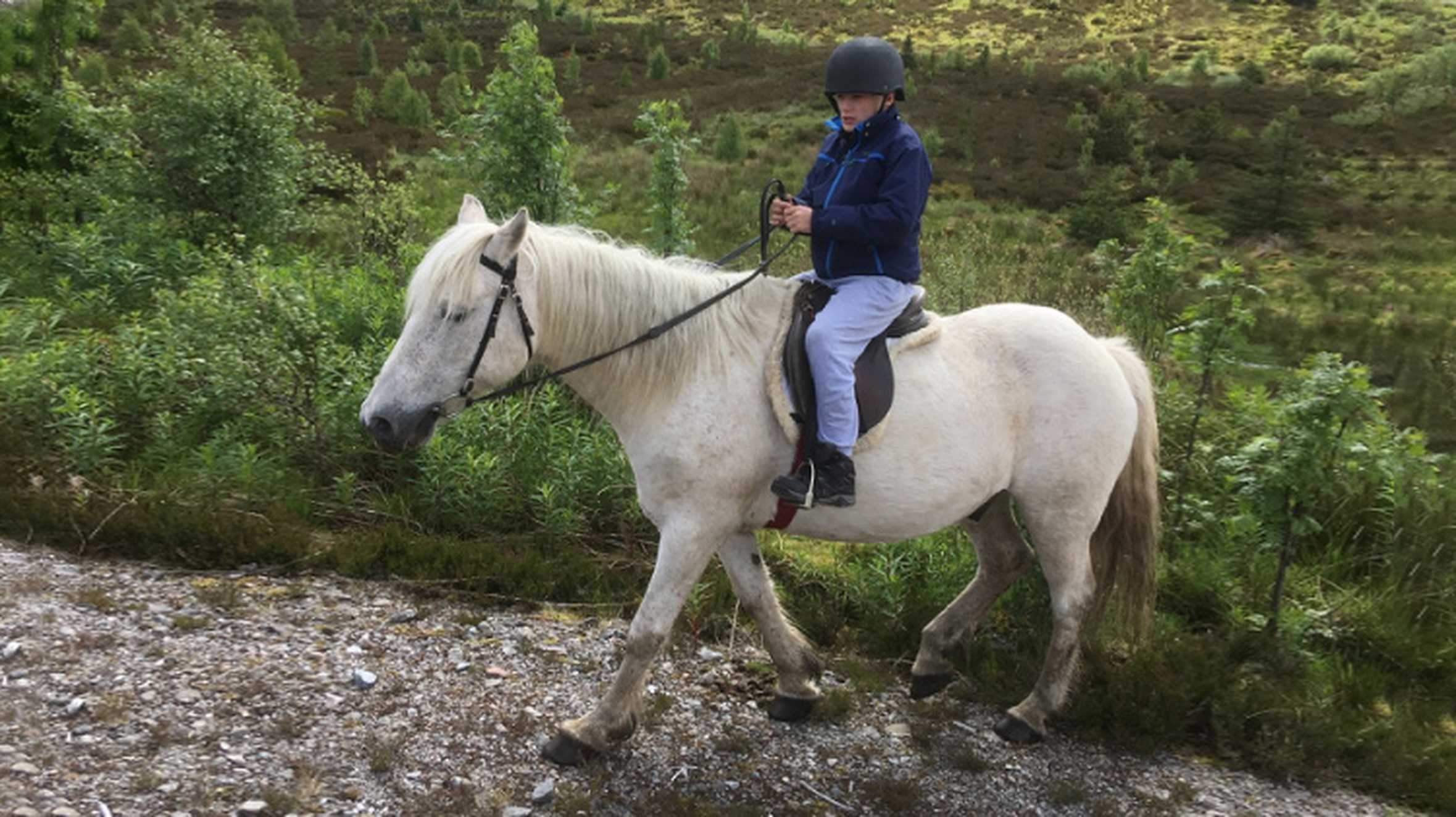 Brandon riding a horse during his wish

Sarah said, “We went on plenty of adventures! Pony trekking in Glen Affric nature reserve on native Highland ponies, camera stalking high up in the highlands in an Argo buggy, we saw so many deer and Brandon found some antlers which he bought home. On his birthday, he went fishing on the river glass in a little boat, he caught his first ever fish!!! A little brown trout. Tobias, who runs the dog sled team, kindly bought the dogs to meet Brandon and he was lucky enough to have a blast round the track as the weather was cool enough. We visited Loch Ness and so many other places!! He planted an oak sapling near our log cabin and we have promised each other if we don’t go back before we will go back in ten years to see how much it has grown!! 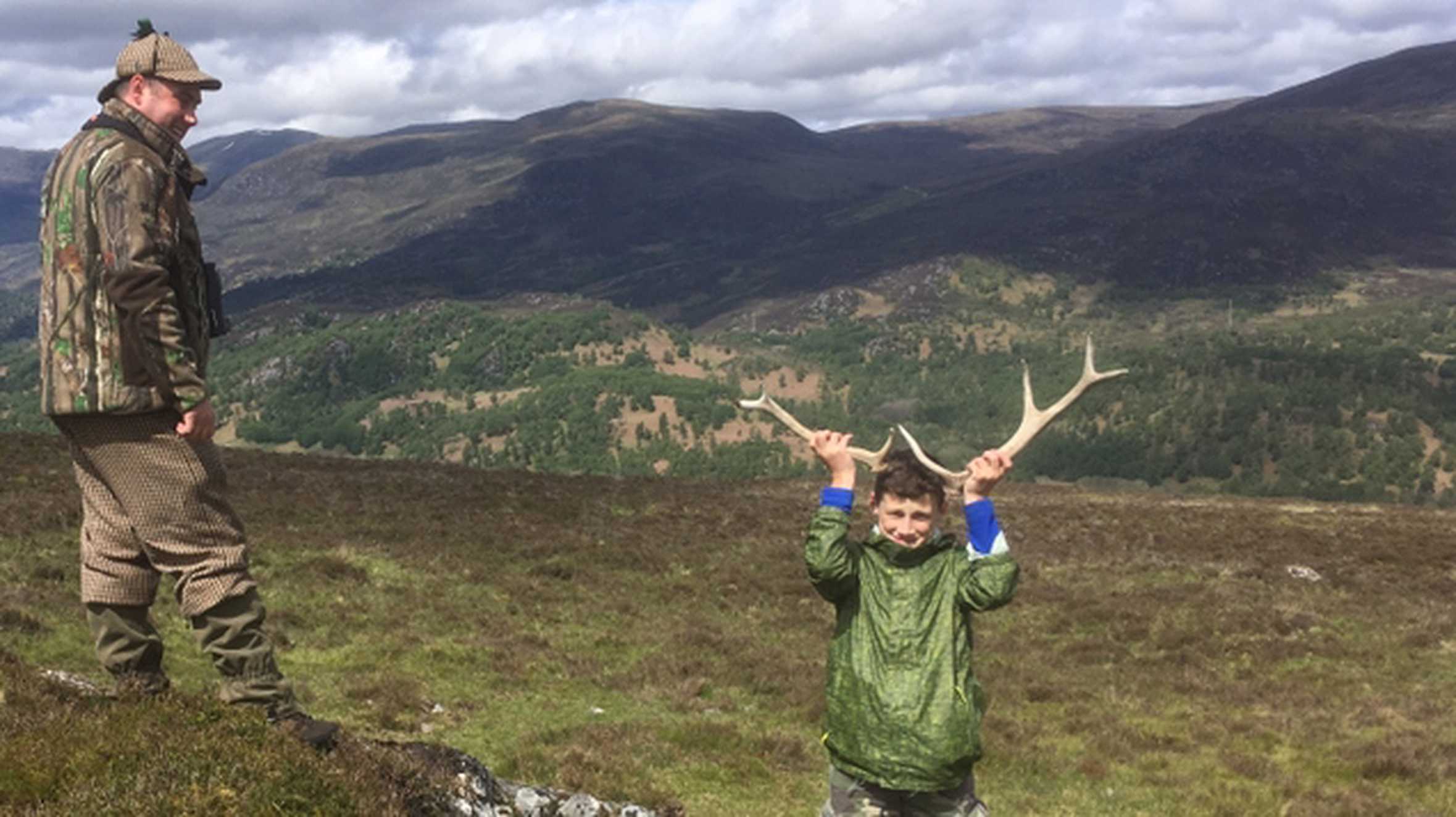 Brandon holding antlers on his wish in the Scottish Highlands

"We would like to thank everyone who made this amazing wish possible, we’ve made so many happy memories that will last a life time!"