“I wish to have a shopping spree”

Alfie was born with a heart condition which means he sometimes gets tired and breathless. He was a much-wanted baby – the fifth child for his dad Tony and mum Gina.

He was born early, at 36 weeks, and by caesarean section. While medical staff were checking him over, they identified a heart murmur but said that these usually healed themselves within six weeks, so he and Gina were discharged.

Back home in Thetford, Alfie was an unsettled baby who cried a lot and was often clammy – which is unusual in a child too young to regulate their body temperature. Gina didn’t realise it at the time, but these were all signs that he wasn’t well and his follow up appointment at eight weeks was in the nick of time.

Gina said: “Doctors said he just may not have woken up one morning. It was frightening and they had to get him to hospital straight away.”

Alfie was driven by ambulance to Evelina Children’s Hospital in London for an urgent operation to repair a damaged heart valve. On the horizon, once he’s older, is a full valve replacement.

In the meantime, he has regular check-ups and, although he gets croup every winter and sometimes needs to rest more than other children, he lives a typical life. During the pandemic, he had to shield which was a little scary, but he’s happy to be back at school. 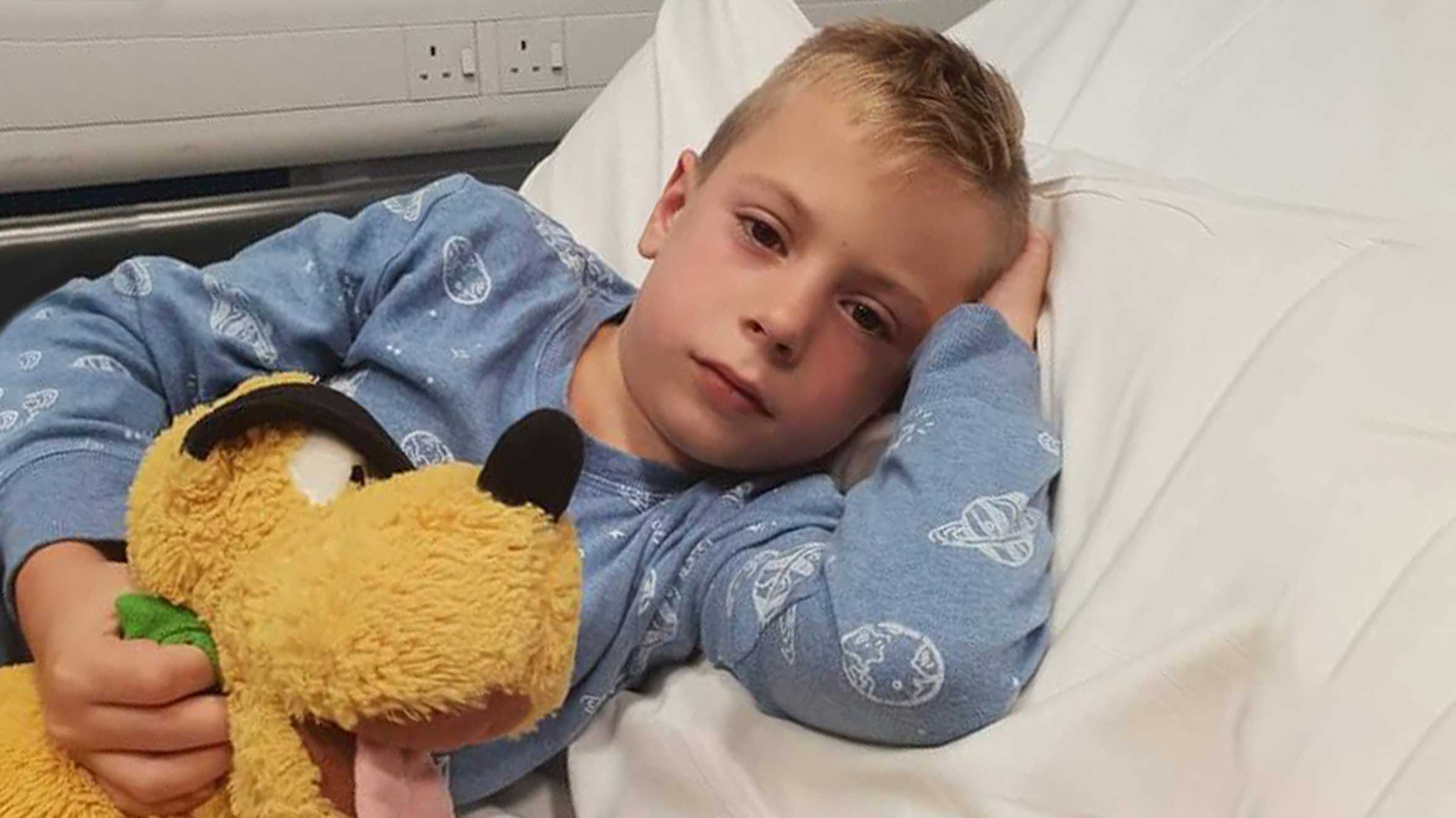 Alfie holding one of his Pluto toys while in hospital

His family, including his protective older siblings Bronson and Daelarrna, love their holidays and took him to Disneyland Paris where he had the honour of opening the park for everyone.

Whether it was that experience or whether he was influenced by the programmes he watched on screen, Alfie became potty about Pluto! At the last count, he had 13 of the soft toy Disney characters at home as well as t-shirts, a onesie, a drawing and other merchandise. But he still wants to add to his collection......

So, when he was referred to us for a wish, he initially chose to go on holiday because he wanted a memorable experience, but when coronavirus restrictions meant a change of plan, he asked to have a shopping spree near his home. Top of his shopping list was more Pluto merchandise from the Disney Store! 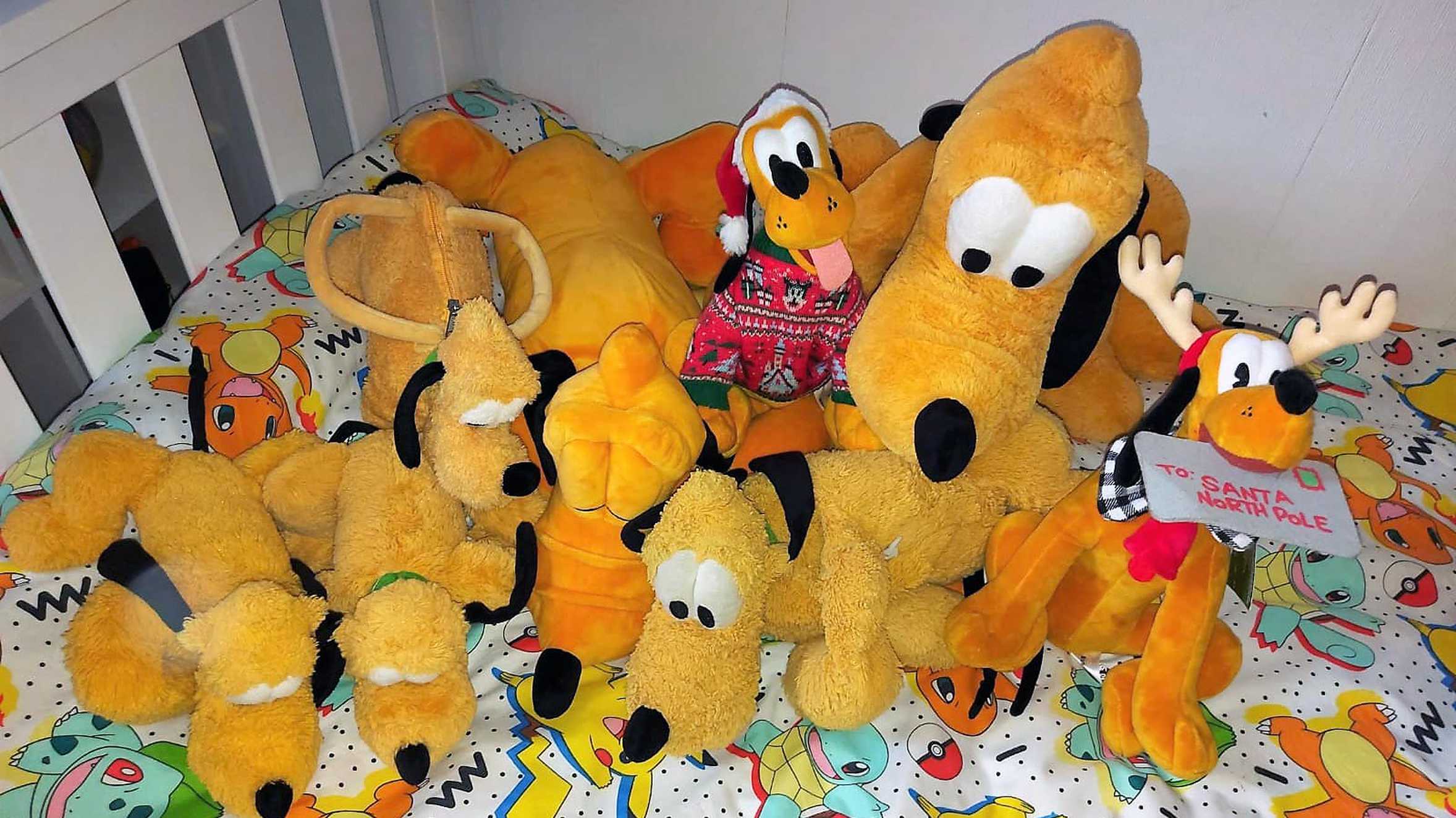 His Wishgranter, Michaela got to work ensuring that he would have a Covid-safe shopping experience courtesy of his local shopping centre, Chantry Place in Norwich. Customer Service Manager Nicky Colk alerted the other retailers to the imminent arrival of VIP Alfie and his family and they all got involved – donating goodies and treats to our mini shopaholic!

His wish was organised for 6th November but then had to be brought forward to the 4th to stay ahead of the latest national lockdown rules. It was a hectic time for Team Wish!

Then, the day arrived, and Alfie was thrilled when a bright red Hummer limo pulled up outside his house. 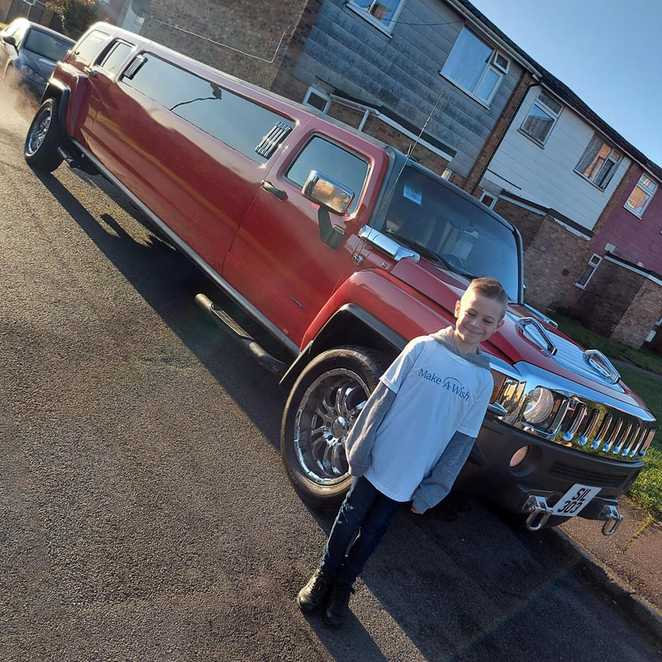 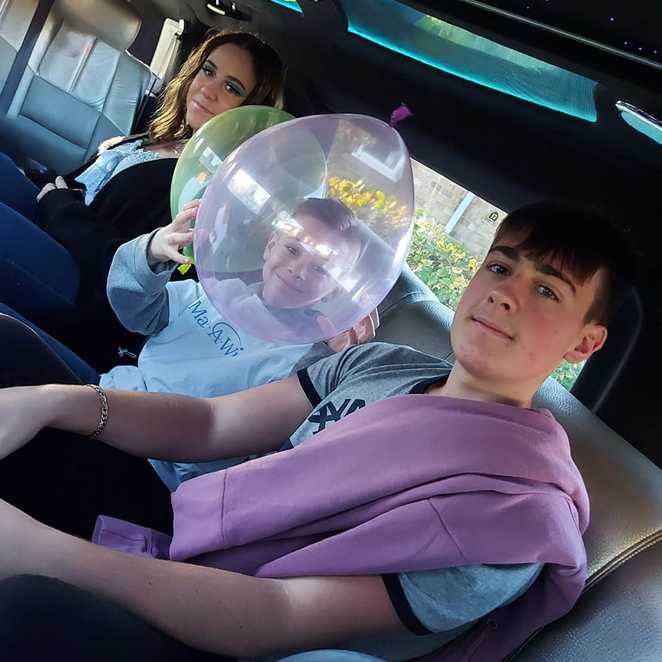 Gina said: “He ran outside quicker than anything and he just stood there with his jaw on the floor. He’d never even been close to a limo before, let alone in one! It ended up being one of the best parts of the day. It was a nice long journey there, so we put the Scooby Doo movie on, and had soft drinks and sweets. On the way back, which took an hour because of the traffic, we turned the music and flashing lights on – it was like a party!”

Once at the shopping centre, Alfie was treated like a rock star with a roped off red carpet laid out especially for his family, and VIP access to two of his favourite shops which were temporarily closed to other customers.

At Build-A-Bear, he created a baby Yoda-style soft toy and asked each member of his family to kiss and make a wish on a heart he put inside it. He was also given lots of extra goodies to take home, including an advent calendar.

At the Disney Store, Alfie bought a Pluto jumper for his dog and some character-themed Christmas decorations. He was also given a sneak preview of Disney’s first ever Christmas advert. But his day didn’t stop there!

He had treats and vouchers given to him at: GAME, HMV, Hotel Chocolat, Wagamamas, Shaake, Krispy Kreme, Smiggle and JD Sports – which also gave his family a special behind the scenes tour so he and his siblings could examine boxes and boxes of trainers. 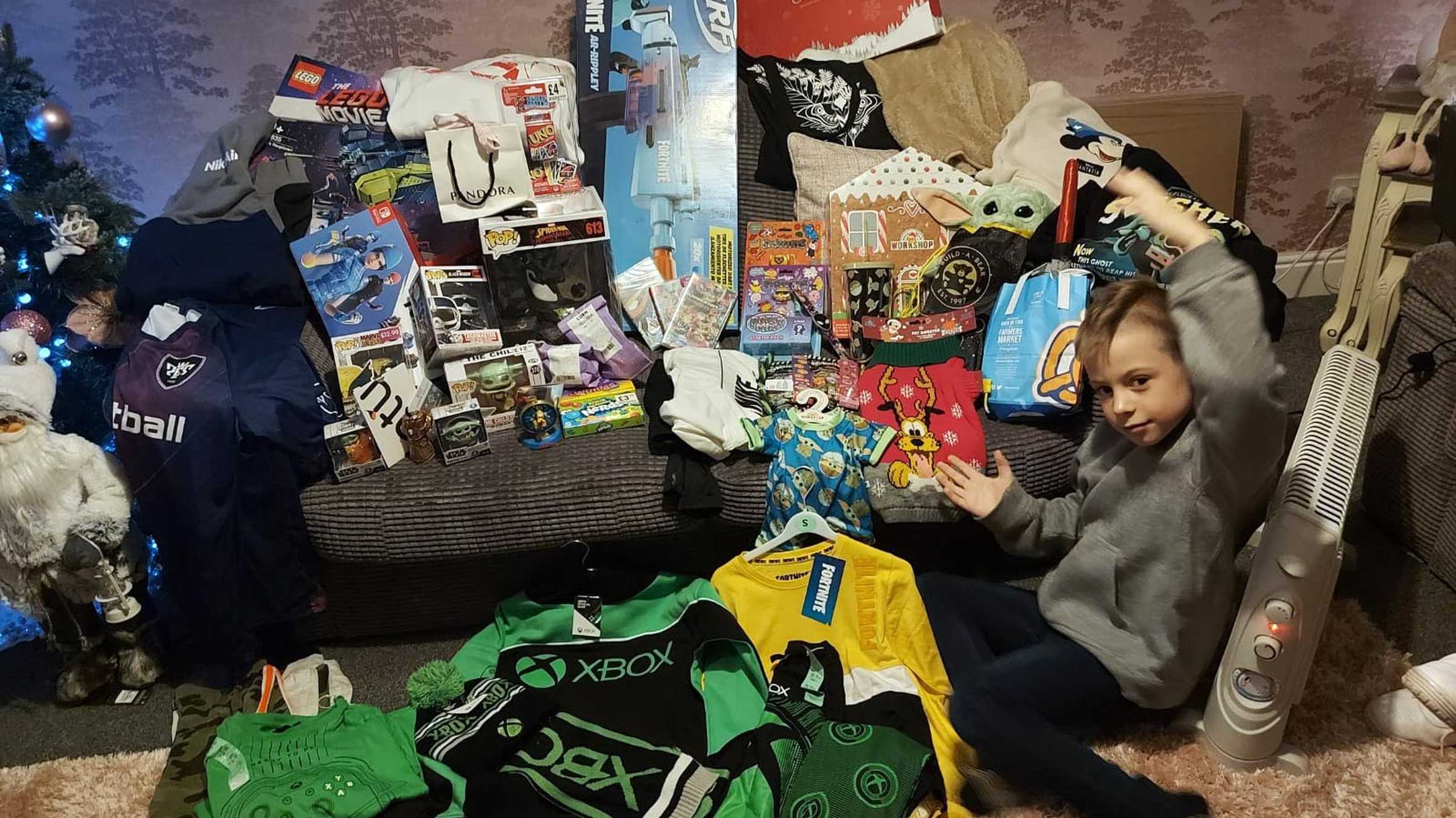 Alfie with his haul!

Wearing a wish t-shirt designed especially for him by West Brothers, Alfie gave back too. He bought flowers and chocolates for Nicky, who had spread the word about his visit and raised some money for him to spend. He also gave £10 to a homeless man outside the centre and said it was to buy a hot meal. He also made sure his brother and sister shopped till they dropped.

Summing up the day, Alfie’s mum Gina told us: “It was like Christmas Day for Alfie, only on a better scale because he could choose all his presents. It was more memorable than the holiday he had wished for too because this was a once-in-a-lifetime experience. We could never have organised it. We definitely started lockdown with a bang! It’s a date we’ll always remember.” 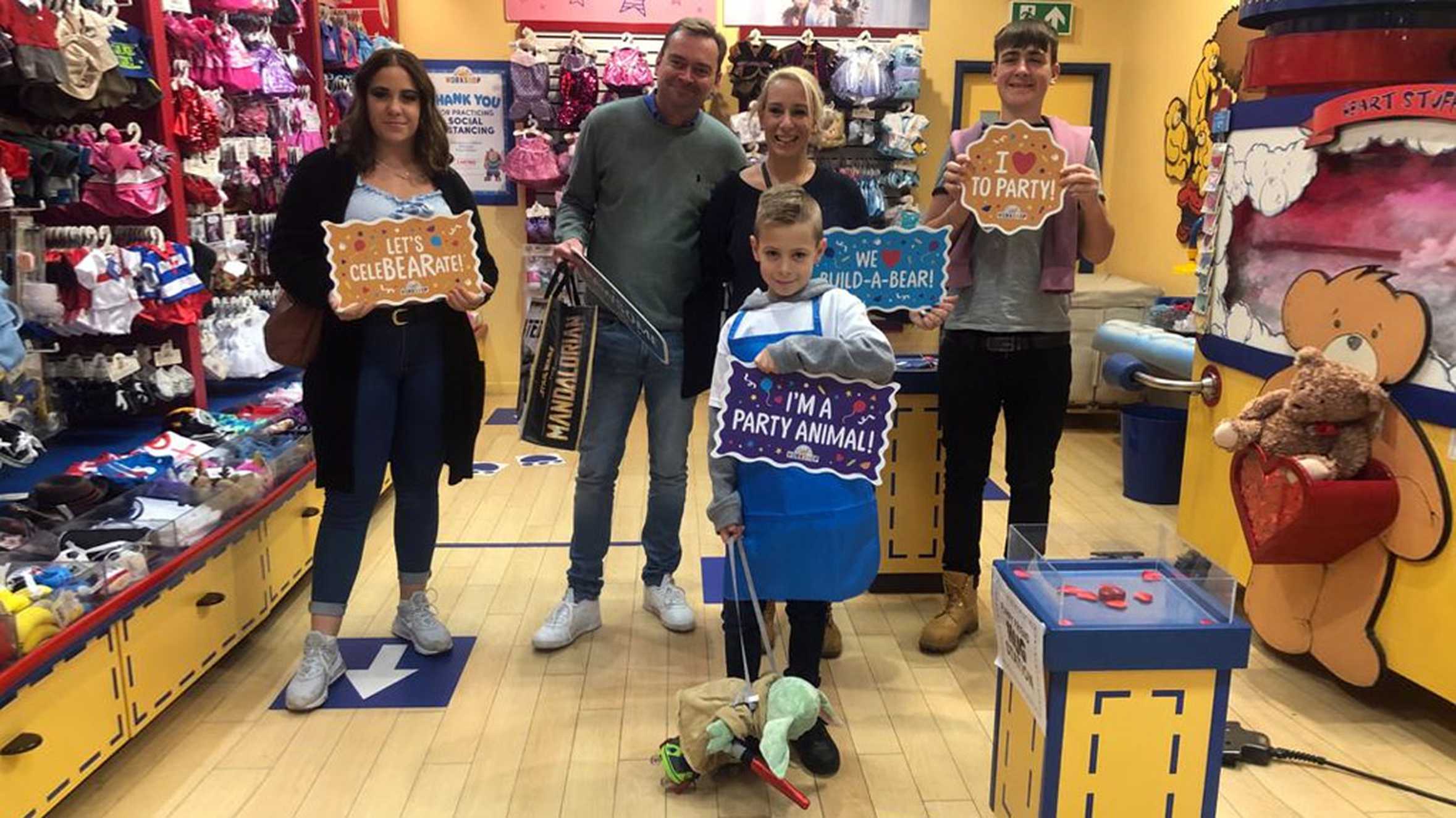 Alfie and his family, during his shopping spree

"It was like Christmas Day for Alfie, only on a better scale because he could choose all his presents. It was more memorable than the holiday he had wished for too because this was a once-in-a-lifetime experience. We could never have organised it. We definitely started lockdown with a bang! It’s a date we’ll always remember."

Make-A-Wish would also like to thank the Norwich community – especially Nicky Colk and Make-A-Wish volunteer Sarah Hudson, for enabling this wish to happen so safely and quickly.