“I wish to have a spa pool”

Five-year-old Hayden loves water, so his One True Wish was to have his very own spa pool as a safe place to relax and spend time with his brothers.

Five-year-old Hayden lives with his mum and three brothers in Northumberland. He is diagnosed with a rare and serious condition causing severe epileptic seizures and learning difficulties among many other symptoms. We spoke to Hayden’s mum, Beth, about what Hayden’s wish means for him.

“We saw leaflets about Make-A-Wish in the family room at the hospice Hayden visits for respite breaks and I thought we’d give it a go.

“We chose a spa pool for Hayden’s wish because he really loves water and he doesn’t get the chance to enjoy it often because we only have a wet room at home. We felt a spa pool would give him the chance to spend quality time with his three brothers too. I hope that Hayden will feel relaxed in his spa pool, and it’ll be a safe space for his brothers and him to come and spend time and chill out together.

“Hayden is really laid back. He has a central processing disorder which means he gets upset sometimes but apart from that he’s really happy. He’s a twin, and the boys were born nine weeks premature. He never reached the same milestones as his brother and, as time went on, things didn’t improve and more and more professionals got involved. We eventually found out that he has a rare condition called GATAD2B. There are less than 100 people in the world with this diagnosis and a specialist told us he thinks Hayden is the worst affected in the world. He takes epilepsy medication and medicine to help him sleep and does physical therapy too, but doctors really don’t know what the future holds for him. 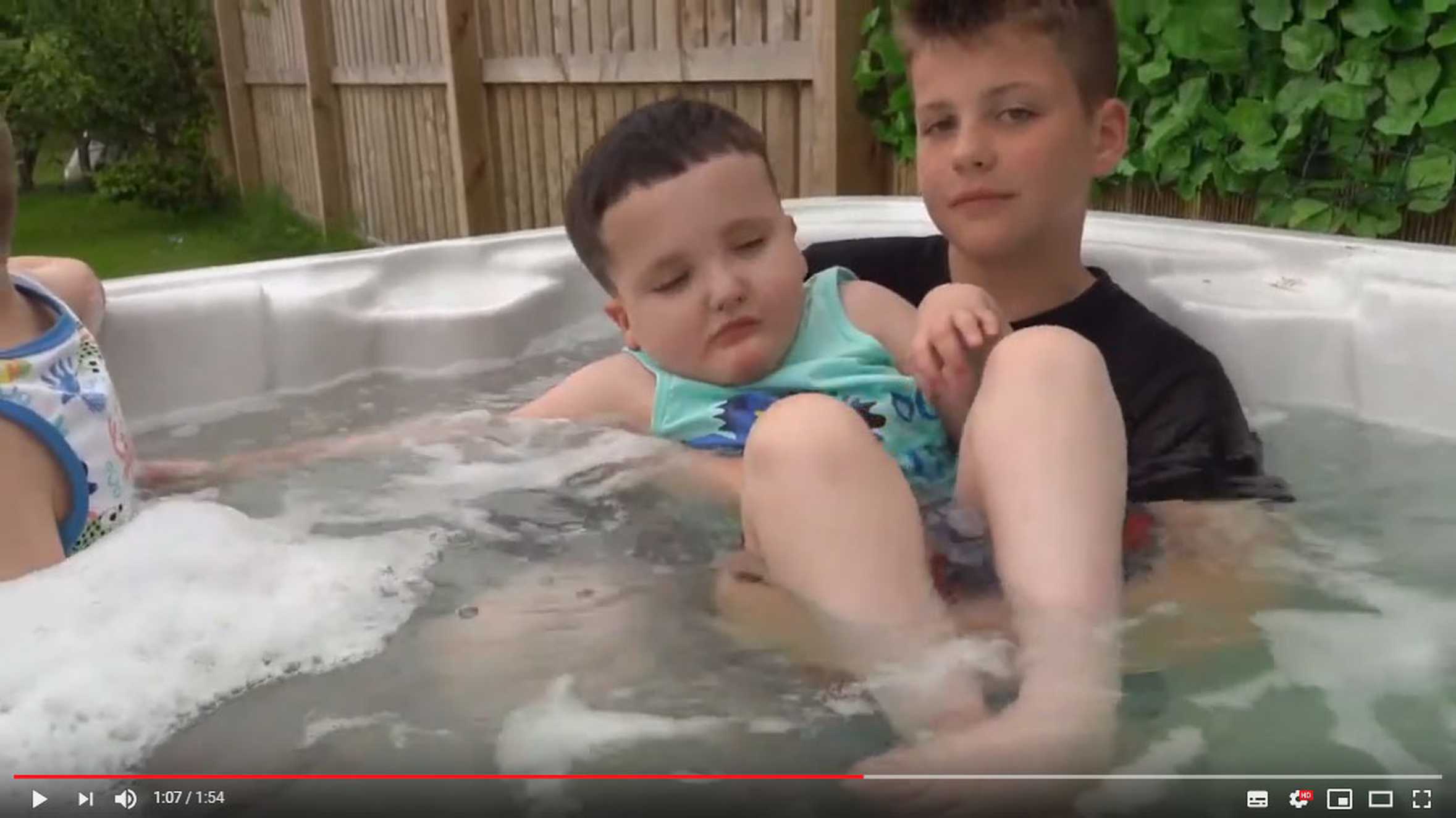 “The boys were really excited when we found out Hayden's wish would be granted because we could never afford to give Hayden a spa pool ourselves. Luke went in first, when the water was freezing cold! Hayden got in the next day and he relaxed straight away, he loved it and was so soothed. Then all his brothers got in too, they were having a little hot tub party!"

"When he’s in water he’s like a different boy, so relaxed and calm. So it’s lovely seeing him in the spa pool - he’s completely at peace."

“A wish, to a child or a family, is invaluable. This is something we’d never be able to afford, and in the short time we’ve had it, it’s already made Hayden so happy. Anyone thinking of applying for a wish should definitely go for it. I’d like to say a big thank you to Make-A-Wish for doing this for Hayden.”

We grant lots of spa pool wishes, with help from our partners, Hot Tub Warehouse. Read about other wishes like Hayden's.

Spa pool wishes provide a range of physical and mental benefits for the seriously ill children who wish for them and their families..