“I wish to be an astronaut”

Aiden’s wish blasted him to the moon – light years away from pain and breathlessness. Using VR technology, he could take his own giant leap. He also watched a video message from his astronaut idol and washed his hair with spaceman shampoo. Now, there’s a star named after him too - all precious memories to light up the darkness for his family who lost him far too soon. 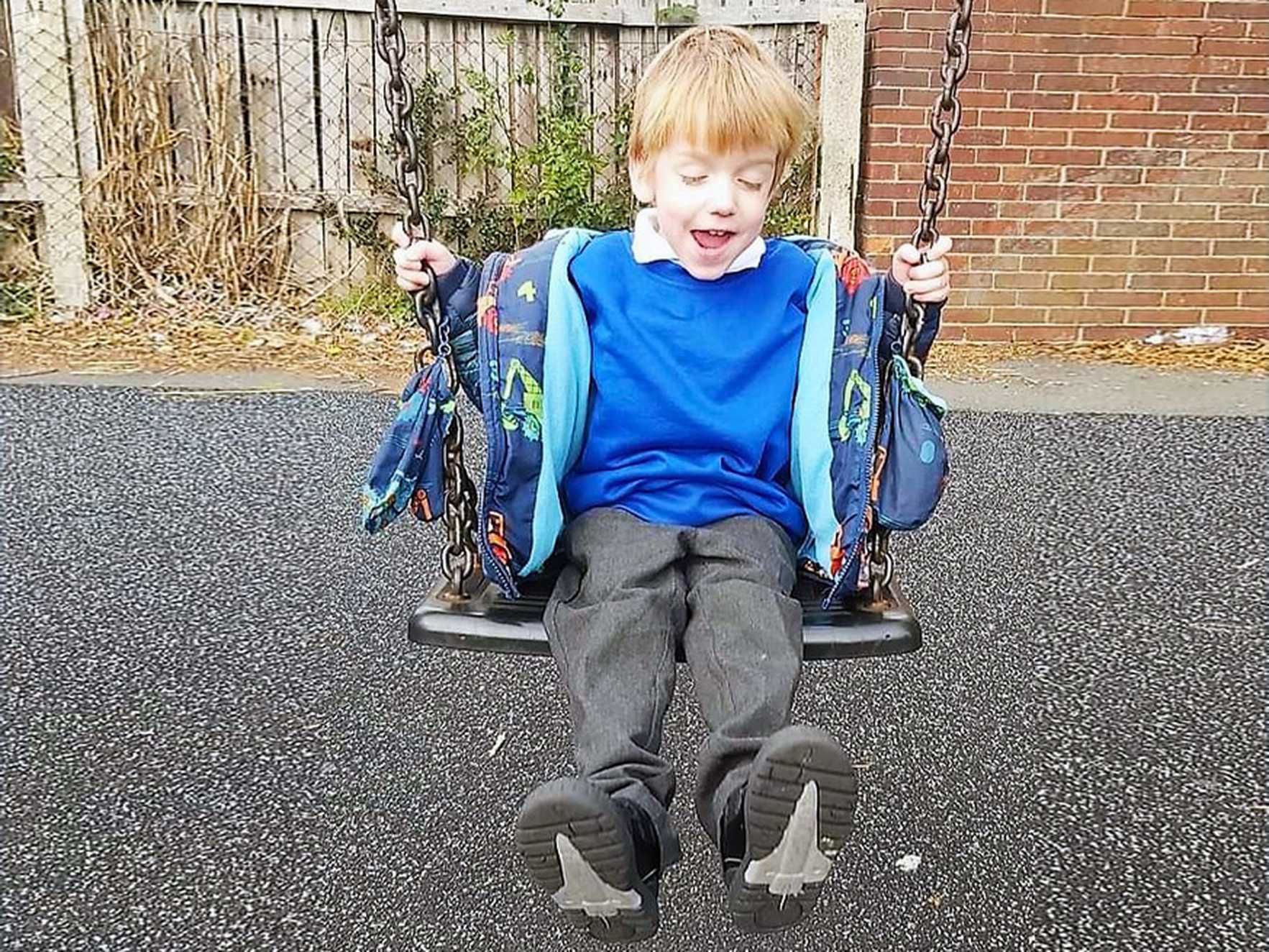 Aiden defied all expectations to live as long as he did. After being born with a heart condition that wasn’t diagnosed until he was four, he struggled to gain weight. Now his family is campaigning to ensure that any child who is “failing to thrive” has an echocardiogram by six months to check for heart conditions, so that further investigations can be carried out and treatment given if it’s possible.

Aiden’s mum Caitlin said: “Aiden was a confident, friendly and active boy who seemed to retreat into himself and get very sleepy. At first, we thought it was because of the pandemic. The turning point was when we went for a walk in the New Forest. He slept in the car all the way there, he took 10 steps and spent the rest of the time being carried on my brother’s shoulders and slept on the way home.”

After dialling 111, Aiden was admitted to hospital where tests showed he had an enlarged liver and pneumonia. Later, a chest x-ray showed a mass - Aiden was going into heart failure.

Caitlin, who was pregnant with their second child, was stunned and recalls: “It was one thing after another. Within two hours, we were in a private room. Then Aiden had his first echocardiogram. Josh joined us, and I had to tell him ‘it’s his heart.’ We had no idea at all.”

Aiden was diagnosed with severe pulmonary vein stenosis the day before his baby brother was born on 29th June 2020. Scans showed he had only three pulmonary veins instead of four and they were “wired up wrong” having grown out from his heart at odd angles. To compensate, heart worked harder causing it to enlarge.

When baby Logan was born, he couldn’t meet his big brother at first because of Covid-19. His dad Josh cuddled him for 20 minutes, but then he had to get back to looking after Aiden. Caitlin and Josh were told there was no possible treatment for Aiden. Even a heart and lung transplant would not have worked. Finally, the whole family was reunited but this was only permitted because their situation was serious. They have one treasured photo of the four of them together that day. 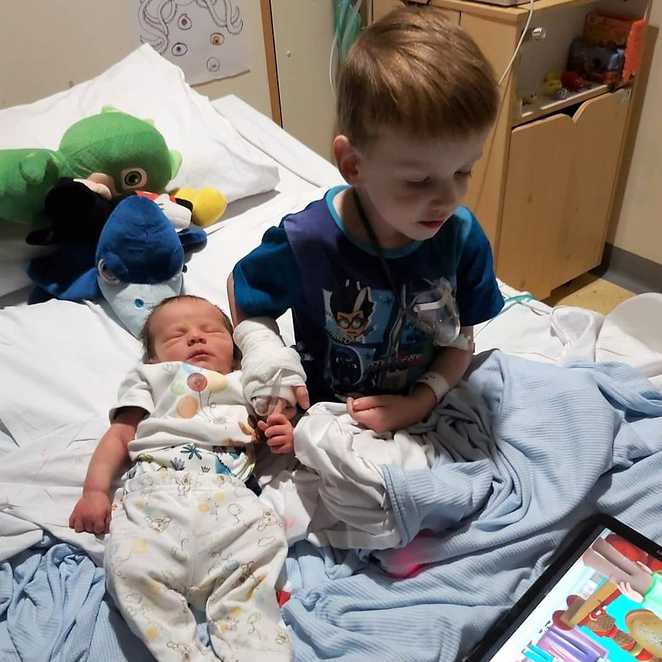 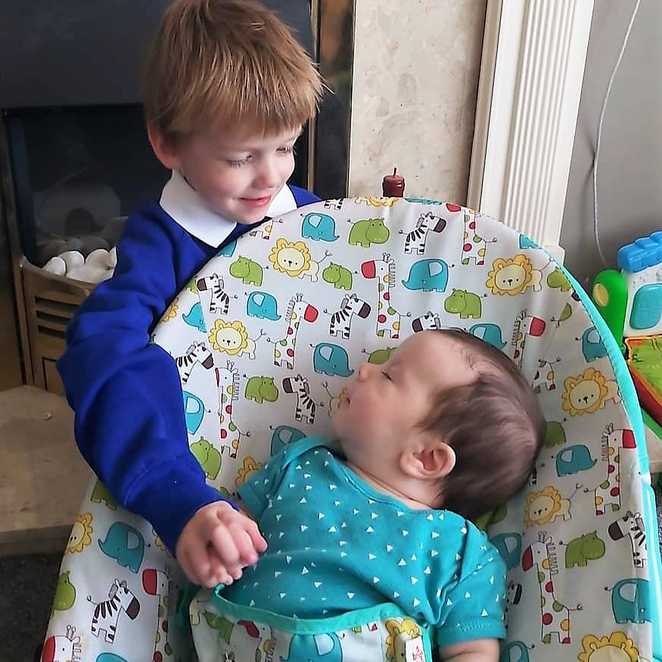 Aiden had a stent fitted and, when his family knew the time he had left was limited, they wanted to do something positive. That’s when his family was referred to Make-A-Wish by Aiden’s consultant.

Caitlin explained: “Aiden was a clever boy who loved learning and soaked up information like a sponge. He really got into learning about space when he started school. We visited Winchester Science Museum for his fifth birthday, and he loved watching the science experiments. So, his wish was to meet an astronaut.” 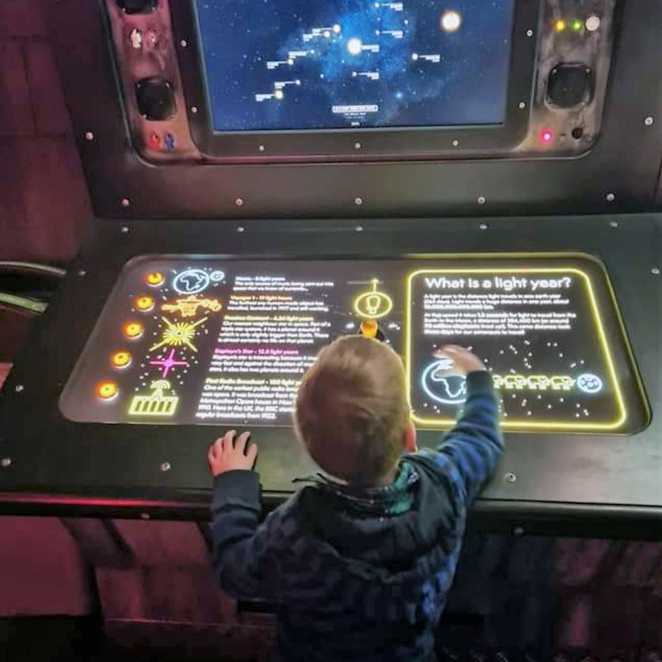 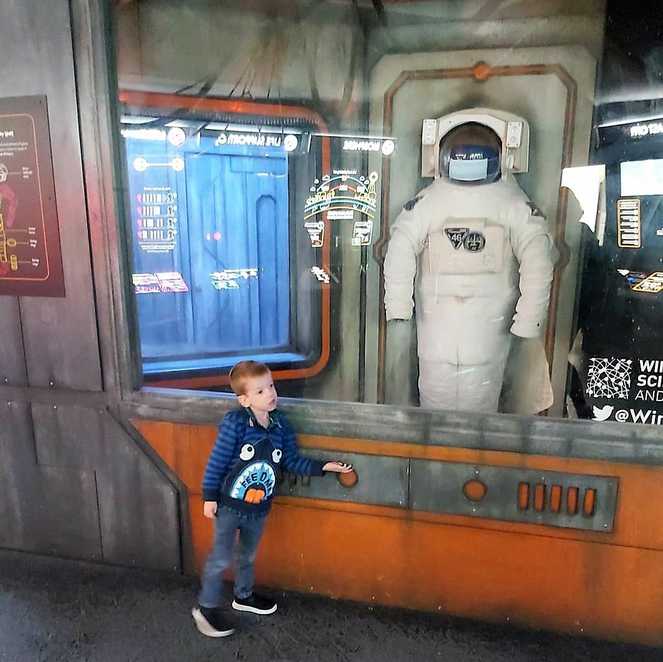 Wishgranter, Tequilla and her team got their heads together to see what Make-A-Wish could still do for Aiden under coronavirus restrictions. She ordered him a virtual reality headset so he could walk in space via special goggles. Major Tim Peake agreed to record a video message for Aiden which he loved! Tequilla also arranged for a star to be named after him because one of his family’s favourite quotes is from the story of Peter Pan: “Second star to the right and straight on till morning.” It’s fitting that it’s in the constellation of Hercules because Aiden was such a strong little boy. 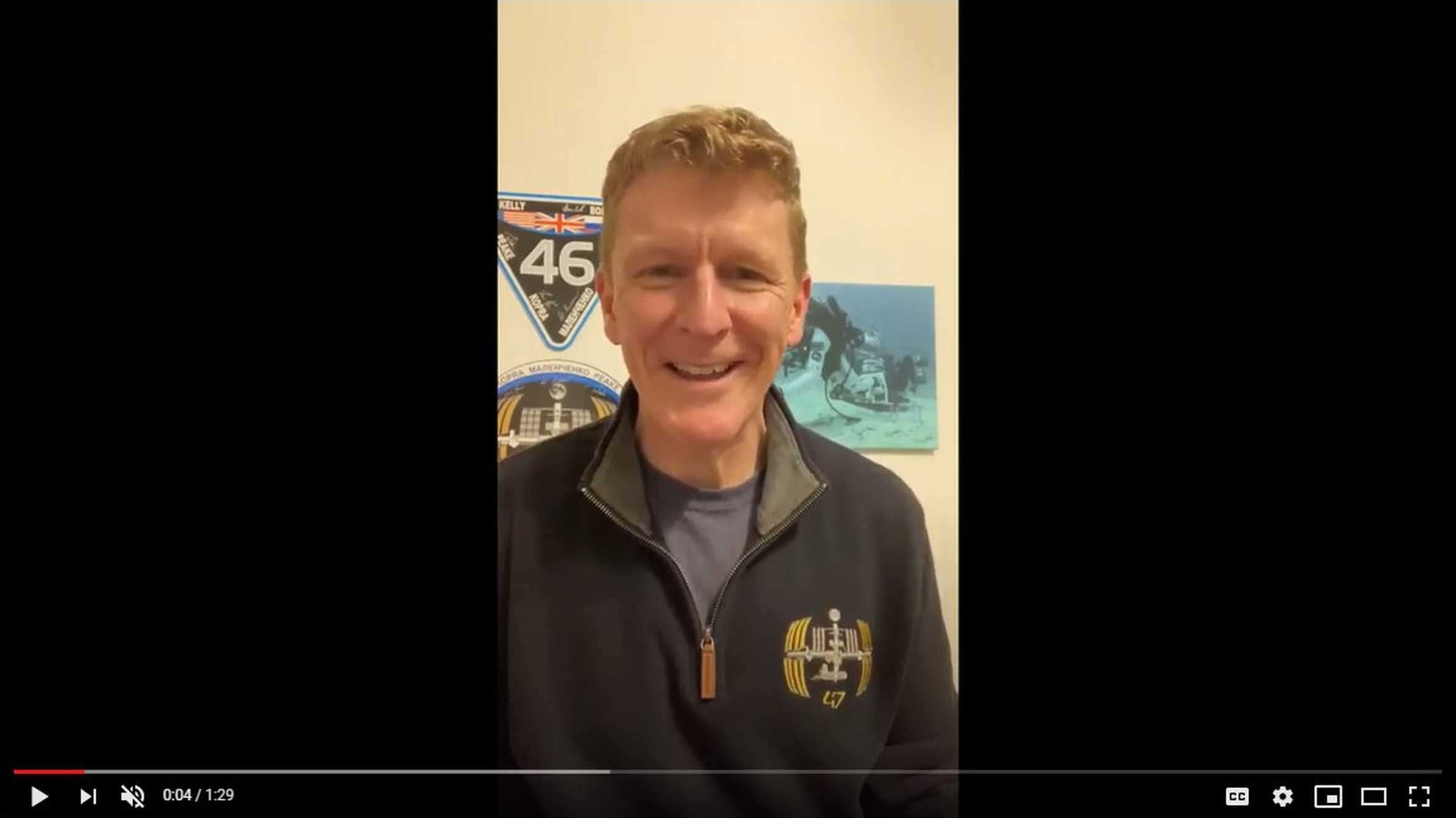 Watch the video messaged that Tim Peake recorded for Aiden

Aiden was delighted to learn from a real astronaut how people had a drink while on a space walk and how they washed their hair using dry shampoo. Some space cupcakes and balloons completed the experience.

Caitlin said: “The Oculus was great, especially as Aiden’s energy levels were low. That night we washed his hair like an astronaut too. It brought us a lot of happiness to be able to distract him from what was going on.” 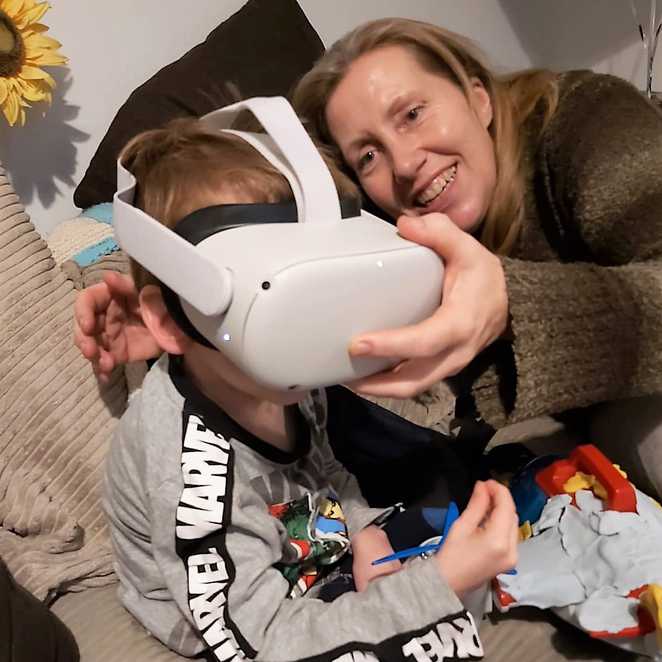 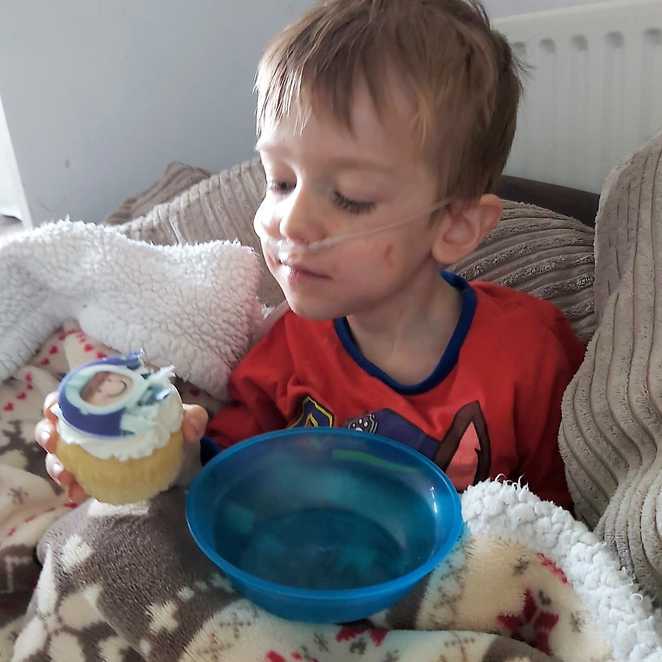 Aiden had a second stent fitted. He fought off sepsis, a collapsed lung and swollen airway. He defied all the odds by coming off his ventilator and being discharged from Ocean Ward into the care of Naomi House children’s hospice. Then he had an early Christmas holiday because he loves that time of year and they wanted to make it special.

Caitlin said: “The paramedic who drove us there dressed up as an elf and said Santa had told him Aiden had been a good boy. There were no nurses, which was important for me, and we just played with his toys. It really felt like a win that he managed to get back home. We went home on 15th December and called it Christmas Eve, then had Christmas day at home on 16th.”

Aiden surprised everyone by rallying round and even asked for some chewy sweets. But wearing his oxygen mask caused sores round his mouth and it became too uncomfortable to wear, so it was his decision to remove it on December 17th.

Caitlin continued: “We thought we were going to lose him that night, but we were blessed with a full day on the 18th of December. Aiden was back to his usual self, and we played the entire day with him and his new toys. Over the next two days Aiden just got more tired by the hour but was comfortable and we were very grateful to the nurses who took care of the medical side of things so we could just cuddle the boys and read stories, tell jokes and play games.”

Aiden slipped away on 20th December. But Caitlin and her family are determined to keep his memory alive. Every morning, Caitlin wakes up baby Logan and takes him to Aiden’s bedroom to open the curtains and say hello.

She says: “Logan already reaches for his brother’s photo. He’s going to grow up knowing exactly who Aiden was.”

Thank you for bringing the light to families like Aiden’s.

Out of this world

Read about space-themed wishes we've granted for other budding astronauts like Aiden.

As well as helping the child, a wish can also provide happy, positive memories for their family.

Aiden was referred for a wish by his consultant. Find out more about the wish journey here.