“I wish to have a magical winter wonderland at home”

Illness meant Adam's family had never spent Christmas all together at home before. That all changed in 2020, when Make-A-Wish and our volunteers stepped in to grant his festive wish!

The exact dates of Adam’s three bone marrow transplants are etched in his mum Louise’s memory.

Louise told us: “Adam had the first transplant when he was six, in June 2013 and he was well for nearly five years. But then it failed, so the next one was on 20th July 2018, when he was 11. It didn’t work – in fact, it made him even more sick. What’s amazing is that the first woman donated again. All we know about her is that she’s from America.” 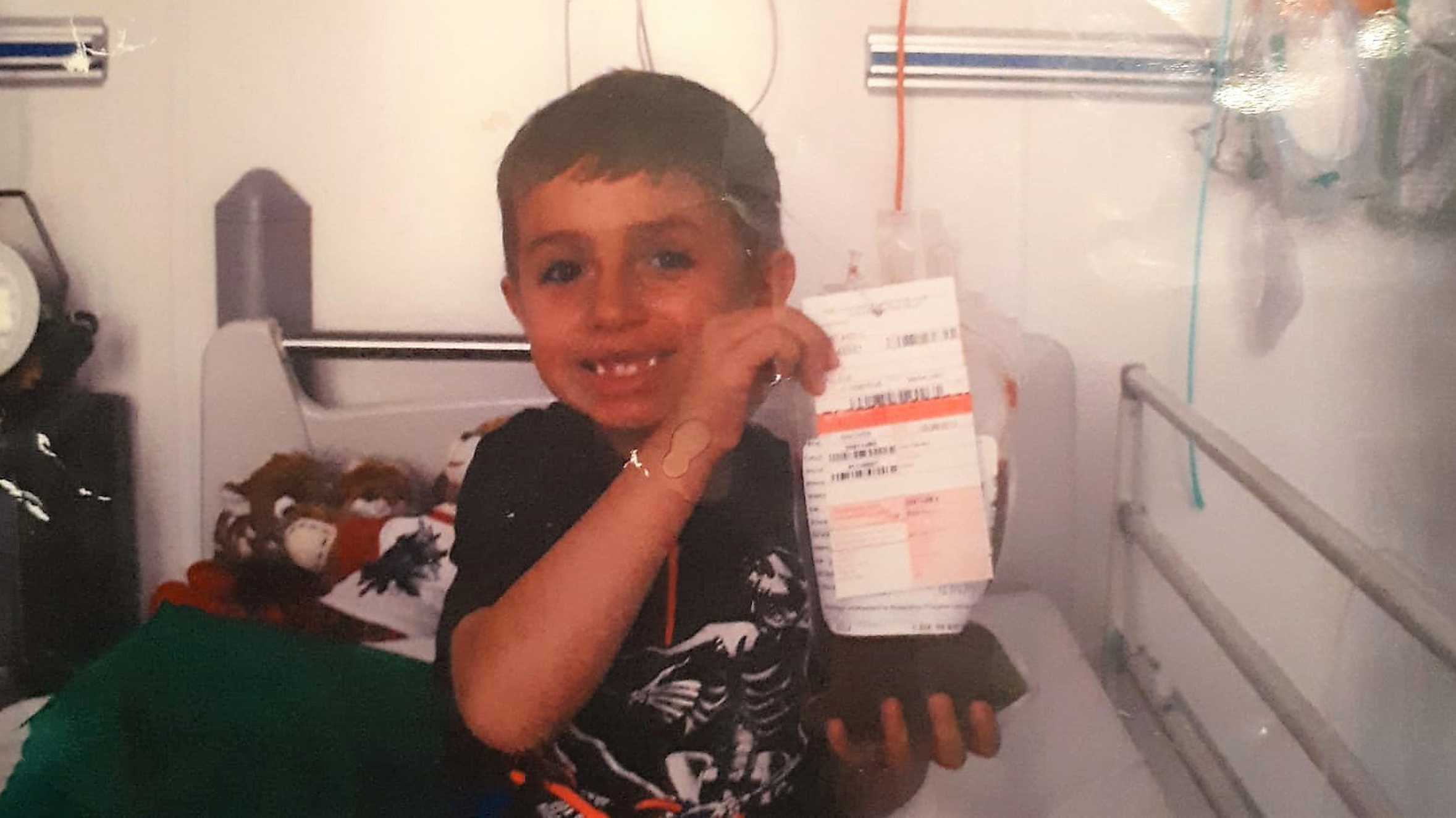 Adam having his first transplant, aged 6

Adam needed two rounds of chemotherapy to wipe out his existing bone marrow before having his most recent transplant on 5th October 2018. He then spent 30 weeks on wards in both Newcastle and Leeds and couldn’t even see his younger brother Bailey, seven, whose grandparents stepped in to look after him. Adam finally came out of hospital in March 2019.

Now 13, Adam was born with a rare condition that means he can’t fight off infections. It’s so rare that doctors are still researching it.

He's never had a Christmas at home in Castleford, West Yorkshire, with his family because one of them has always been in hospital. Louise, a single parent. has a similar illness that she was told wasn’t hereditary - known as severe combined immunodeficiency disease.

He’s also missed a lot of school because of illness and has only been able to attend about 10 times since the pandemic started. Once the world is a safer place again, he should now be able to join his classmates more often.

Louise said: “He’s improving day by day. He needs to have all his childhood immunisations again, and he’s struggling with graft versus host disease which is common. He’s also had to shield again because of the coronavirus.

“But I couldn’t have asked for a better kid because if I go out and about anywhere, they all say he’s such a polite, caring young man. At home, of course, he likes to wind up his brother, but on the whole I’d describe him as a cheeky chappie.”

For all these reasons, when Adam was granted a wish in December 2020, it was special: his family’s first Christmas at home together and a brief spell between lockdowns due to the pandemic. 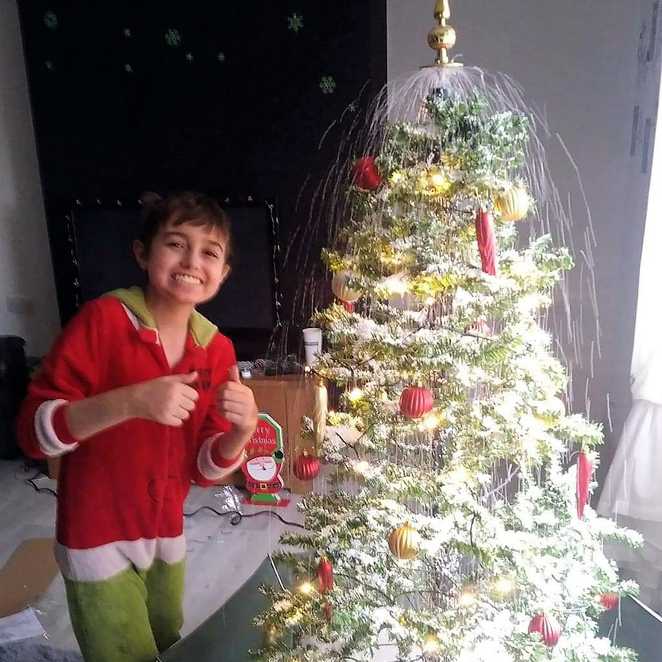 His wish was for a winter wonderland to be created at home, inside and out. He had some specific requests – including that his brother got the same gifts as he did, and that they got gingerbread houses to create (and eat!)

Wishgranter Hollie got to work, ordering indoor and outdoor lights, Christmas decorations, board games, DVDs, sweet treats, matching pyjamas for everyone as well as Christmas Eve boxes. There was even a machine that made snow cascade down their Christmas tree.

She also arranged for local wish volunteer Sylvia, her family and friends to deliver gifts and grant the wish by dressing up as Santa and his elves to sing songs, play games and help to put up some of the outdoor decorations - all from a safe distance. It was a real community effort. 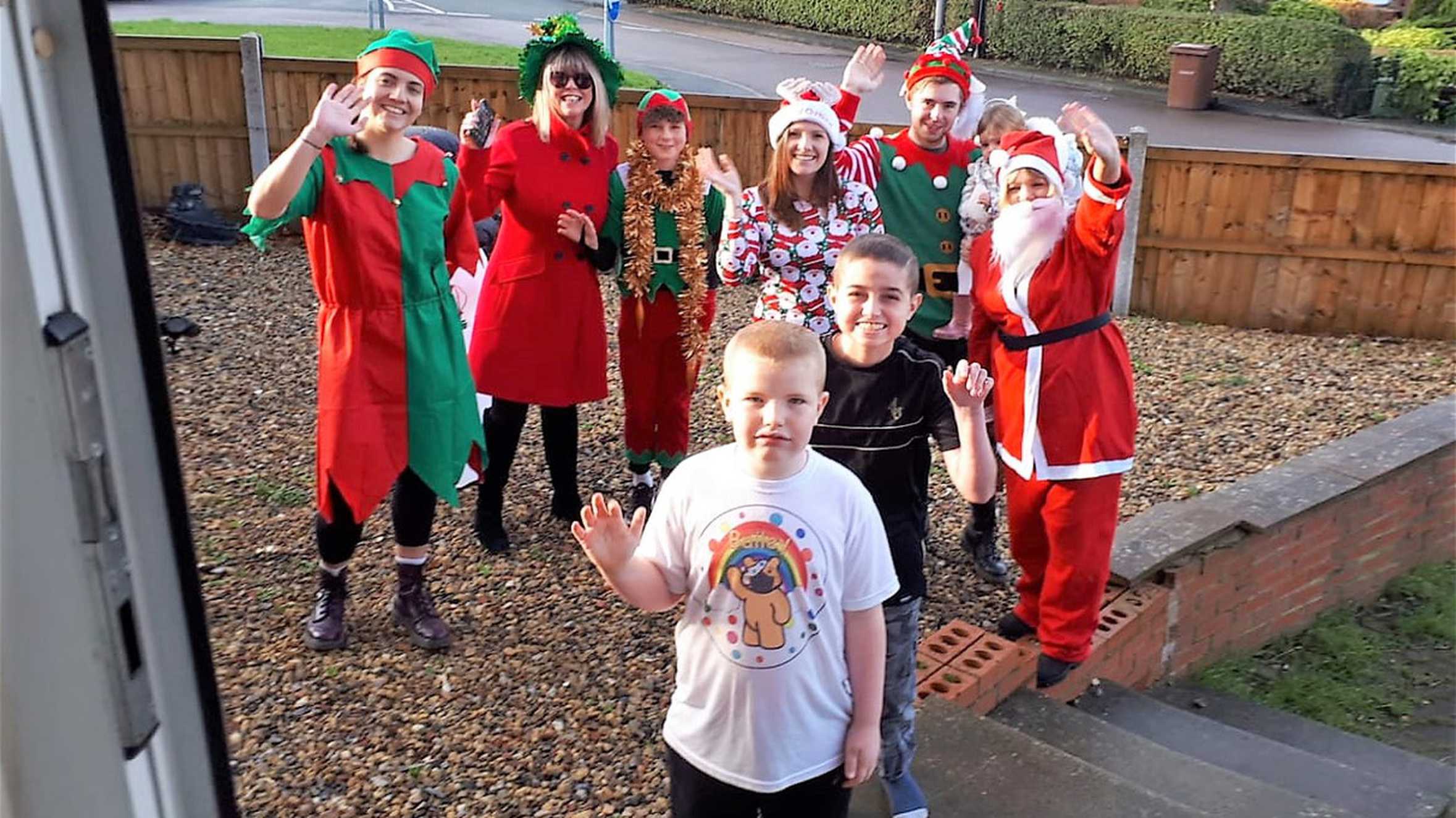 "I’ve been a volunteer with Make-A-Wish for three years and it’s a real privilege to do it because you’re bringing joy to people who’ve often been in a dark place."

Sylvia said: “We read out a letter from Santa, gave Adam and Bailey some reindeer food to leave out, and my husband Andy helped put up the outdoor lights. Some of my teaching colleagues helped too and my daughter Beth came with her partner Harry, who played the guitar. Their daughter, Hali, was dressed as a fairy. It was lovely to see the children’s faces. It was like Christmas for us too because it’s all about giving back.”

After the wish, Louise said: “Adam’s Christmas wish was magical for him and his brother. He said the best thing was seeing the house all magically lit up with a snowing Christmas tree and lights in the garden. For Bailey it was seeing the elves, who sang on our doorstep, and Santa coming. There was an angel too, it really was a magical scene.

“It relieved some of the stress too because they're missing their friends, their school routine and things like rugby which usually helps them to run off some steam.

“I didn’t know when the deliveries were coming or what was in them and trying to build an eight-foot tree arch in a small house was interesting! But it was great seeing them opening the gifts on Christmas day and doing some of the activities.”

Read about other magical Christmas wishes you've helped us to grant.

We couldn't grant life-changing wishes without our amazing volunteers

Whatever you can spare, your donation can still help make a child smile.