“I wish to have a Manchester City experience”

When 12-year-old Ryan was diagnosed with a brain tumour, he turned to us to grant his One True Wish to meet the Manchester City F.C. team – and we made this a life-changing reality.

Ryan’s been a Man City fan since he was 5 years old, Balotelli was his favourite football player, then Man City won the league that year!

Ryan’s mum, Lindsay, told us, “When Ryan was in hospital his Nan brought a package with her – she had contacted Man City directly and told them about Ryan, and they sent some signed pictures, letter and goodies, which cheered Ryan up at a difficult time, and so it continued from there, Man City have been so good to him.”

Ryan’s nan referred him for a wish. Lindsay continued, “When Ryan was in hospital, his Uncle Adam promised – “you get better, and as soon as you are, we will go to your first Man City match together”. That was March 2017, when Ryan was having treatment, it wasn’t until September 2018, when Ryan was better, that they went to see Man City vs Brighton together – Ryan’s first proper match. From then he knew that he wanted his wish to be to meet Aguero – as he knew he would never have the chance to meet the players otherwise. It has been good for Ryan and the family to have something to look forward to.”

Thanks to the help of Manchester City Football Club, on 9th March 2019, Ryan’s One True Wish was made a reality when he and his family spent the day at Manchester City’s football club, including a tour, meet with the players and a VIP box to watch the day’s match from. 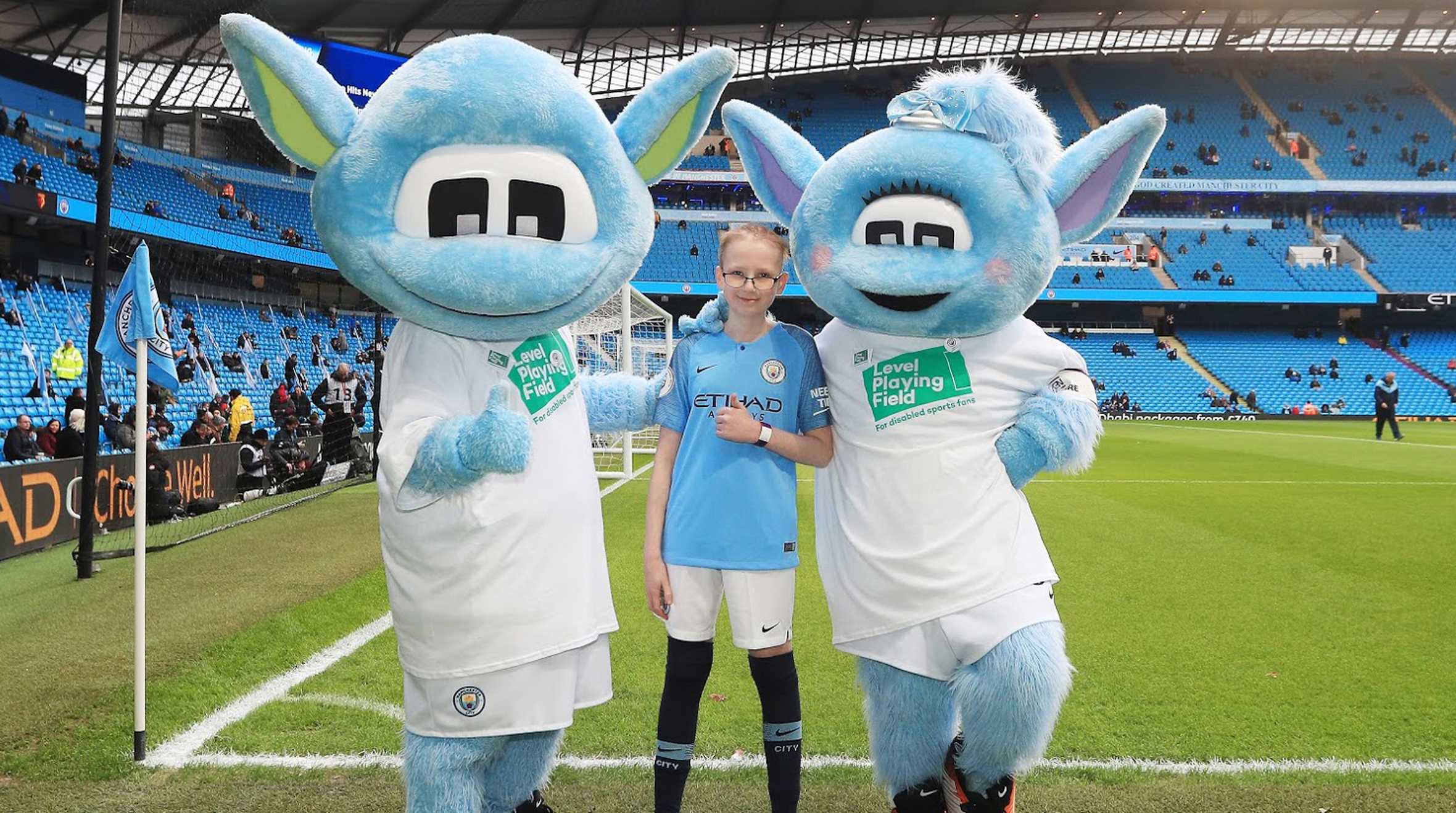 “It was great to see Ryan smiling, he was in awe when he got to meet all the players and shake all of their hands – as they came off the coach, and also as he lead them through the tunnel at the start of the match!"

“Ryan enjoyed everything about his day, from the stadium tour to meeting players and going on pitch with the team, he loved watching the game from a VIP box said he felt really special. Ryan shook hands with Aguero and afterwards said - ‘I’m never washing this hand again!’ 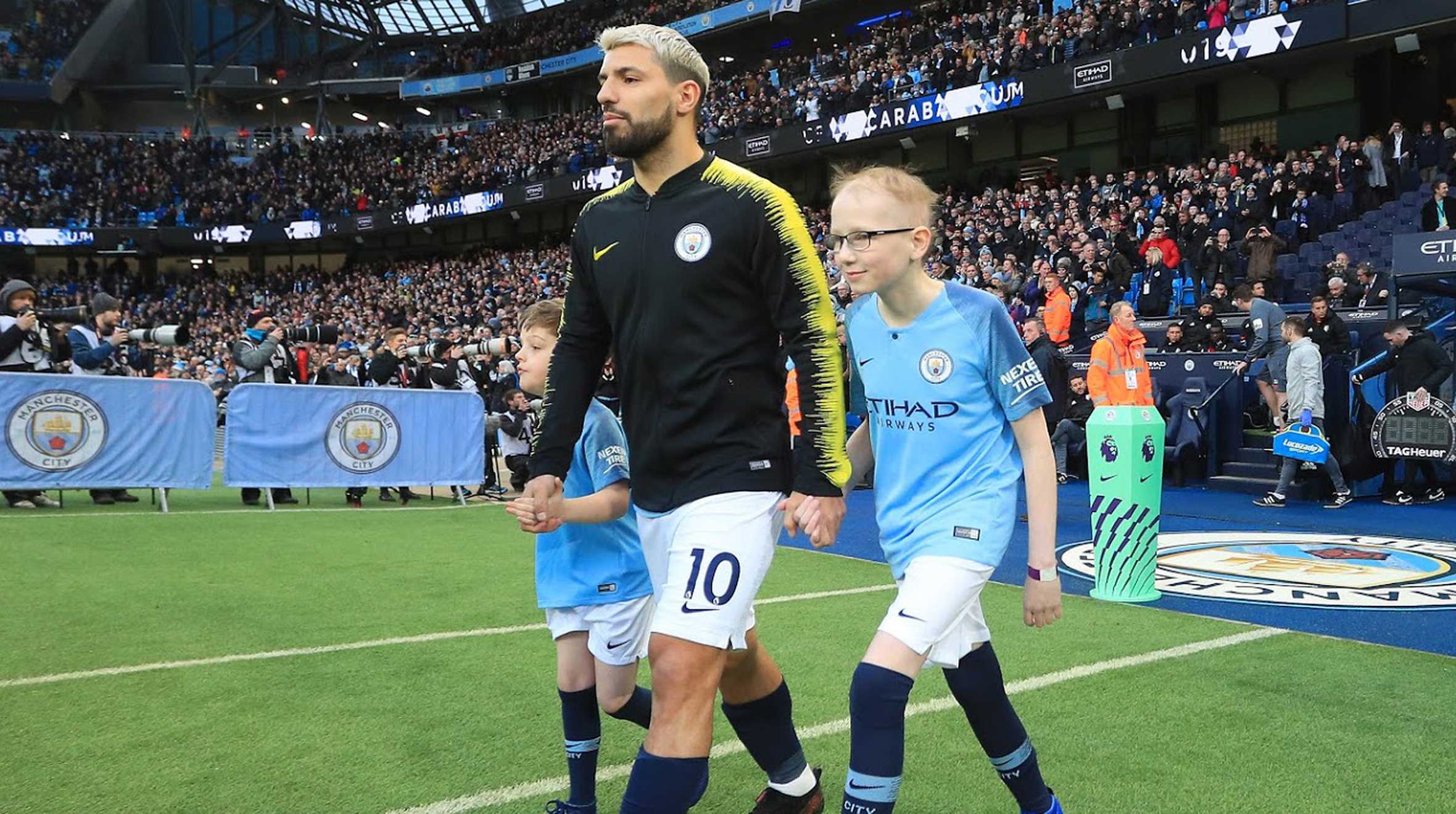 Ryan walking out with Aguero

“The weekend of Ryan’s wish was two years to the day that Ryan was diagnosed, and it’s so nice to now have a different meaning to the date. Since Ryan was diagnosed, it has completely changed our family – we were always happy go lucky, and Ryan was too - all through treatment kept his smile, but now it’s left Ryan with mood swings and he suffers with a lot of pain in his legs that he has to live with. He also suffers with short term memory issues which is why I think he has the mood swings, due to frustration. We are so proud of how Ryan has coped and how well he is doing and just hope the future is going to be positive, we can’t thank Make-A-Wish and Man City enough for giving Ryan special memories.” 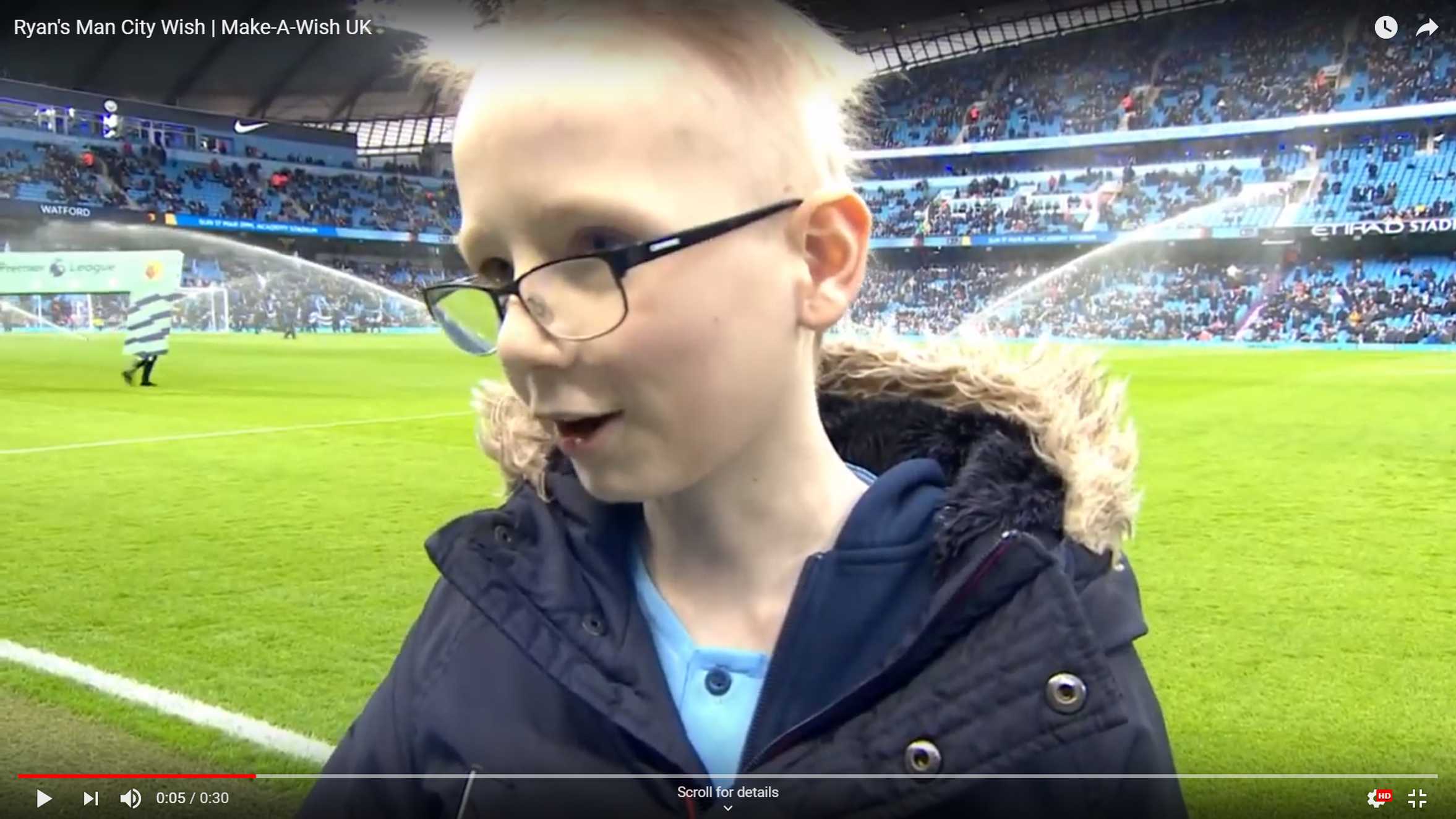