“I wish to have an accessible trike”

Freedom is something we often take for granted, but for Aaryan and his family, it’s been their mission to find it. Aaryan’s wish may just have provided what they’ve been looking for and more…

Aaryan is a happy boy who’s always laughing and giggling. He loves playing and is a natural swimmer. Despite being non-verbal, Aaryan is a good judge of character and expresses empathy for other children with disabilities, trying to communicate with them when in their company.

When he was three, Aaryan started having epileptic seizures. Recovering from these was so tiring, they also affected his mood and behaviour. It took Aaryan’s family three long years to find medications that helped his seizures and as he was also showing signs of developmental delay, his parents were convinced that he was living with more than epilepsy.

Aaryan’s dad, Raj, told us: “We shouted from the rooftop and banged on every door. We needed further investigation.”

Aaryan was eventually diagnosed with an intellectual disability caused by an abnormality in the SYNGAP 1 gene. As a result, the left-hand side of his brain doesn’t produce enough protein to create the messages needed to enable him to communicate properly, which causes many symptoms including hundreds of seizures a day, problems with mobility and behavioural difficulties.

On top of his medication, Aaryan’s doctors changed his diet which dramatically reduced his seizures. He also does speech and language therapy several times a week, alongside motor skills exercises like hydrotherapy.

"It has been a long time since we have done things together. A simple thing like a walk, we can’t do, as it’s a constant battle with Aaryan’s restlessness and frustration. Aaryan’s brother wishes he could do karate and activities with him. He’s coped with a lot and had to grow up quicker than he should."

Therefore, it came as no surprise that Aaryan’s wish was to have an accessible trike to give him the freedom of movement and inclusion that he deserves. 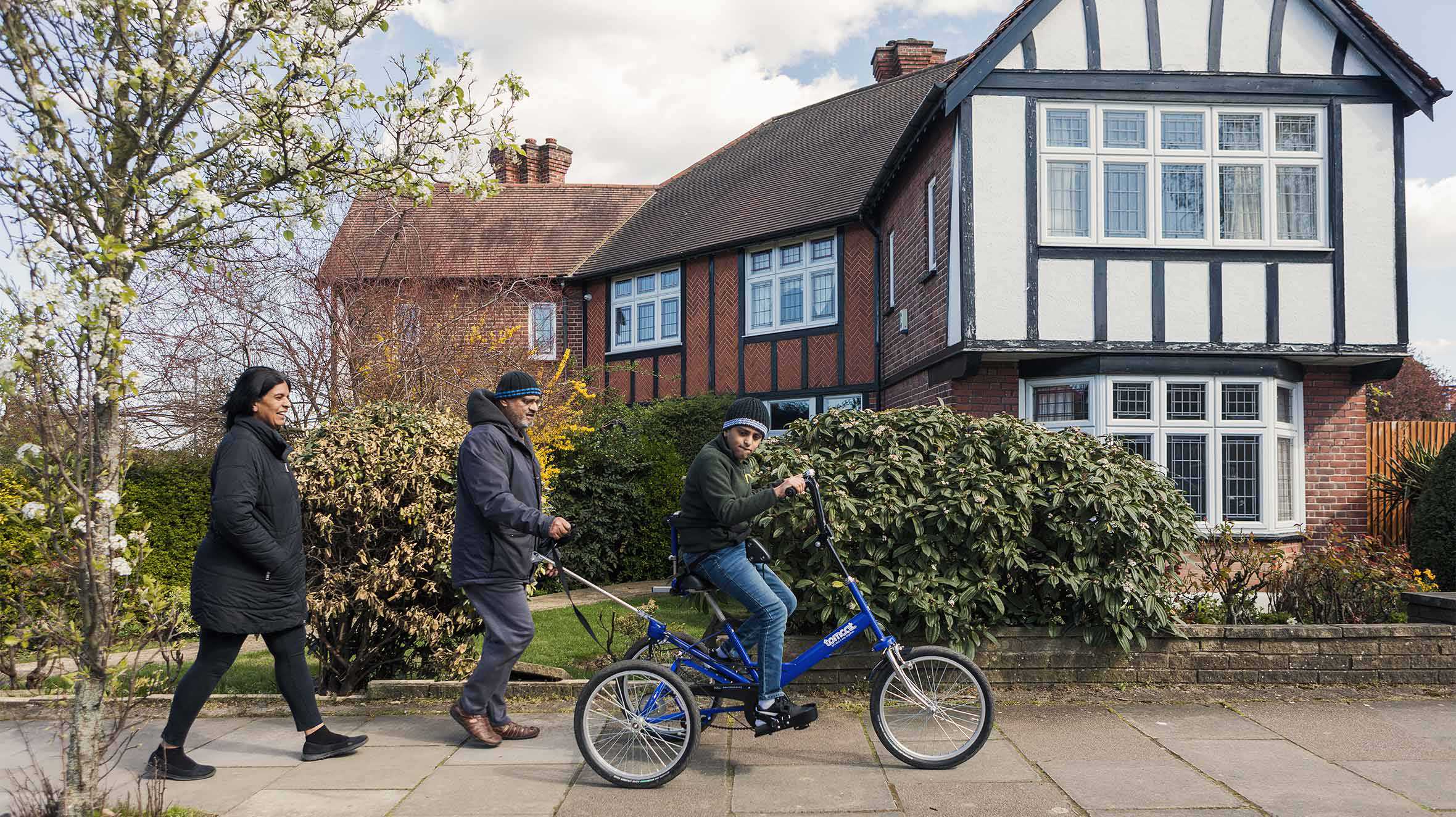 Raj explained: “We chose the trike so that we could do things as a family. We’ve been looking for a solution for three years as we feel that he is aware of his disability. It was a simple choice: whatever will help him.”

The potential for a specialist set of three wheels to have a positive impact on Aaryan was obvious from the moment he had a trial on one: “When he was on the trike he instinctively knew what to do. He didn’t want to get off. Even we were surprised with what we saw in that one hour on the trike,” recalled dad Raj.

After trialling the trike, Aaryan’s Wishgranter, Tequilla, got busy making arrangements for his unique trike to be delivered. After a few tweaks, to ensure the trike was just right for him, Aaryan enjoyed learning how to ride it, with new-found freedom. 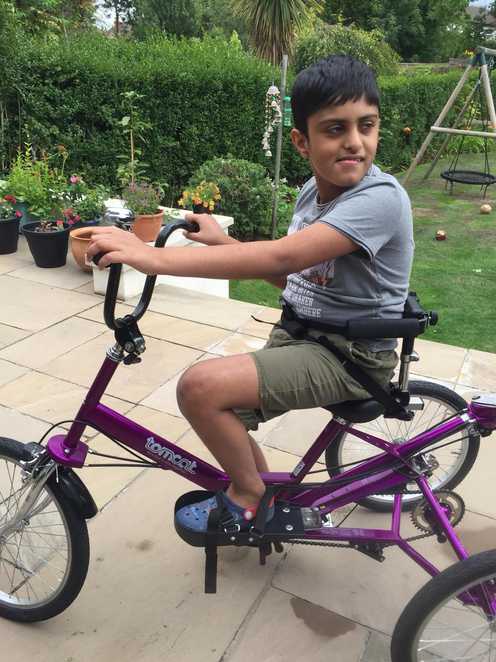 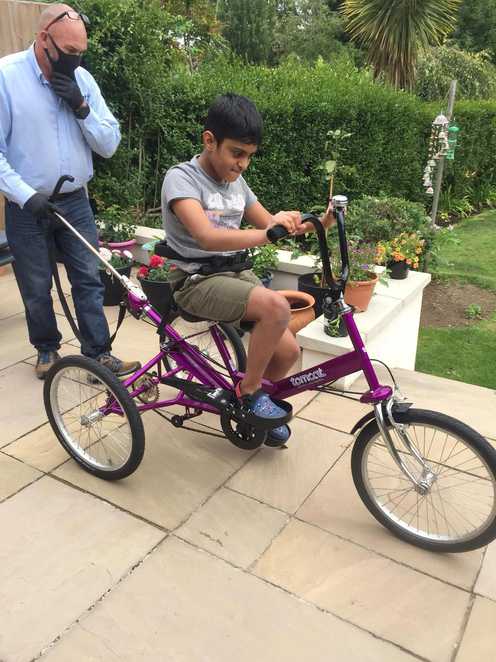 How Aaryan’s wish has helped

Raj told us that his family has been going out nearly every day on the trike and Aaryan always wants to lead the way! “There are huge benefits. He is learning what family time means. That is a very powerful thing.”

"We can now go out as a family; we used to have to do things separately. He can be on his bike and so can his brother. If we want to go on a walk, then Aaryan can go on his trike. We couldn’t do this without the trike. It is brilliant, brilliant, brilliant!" 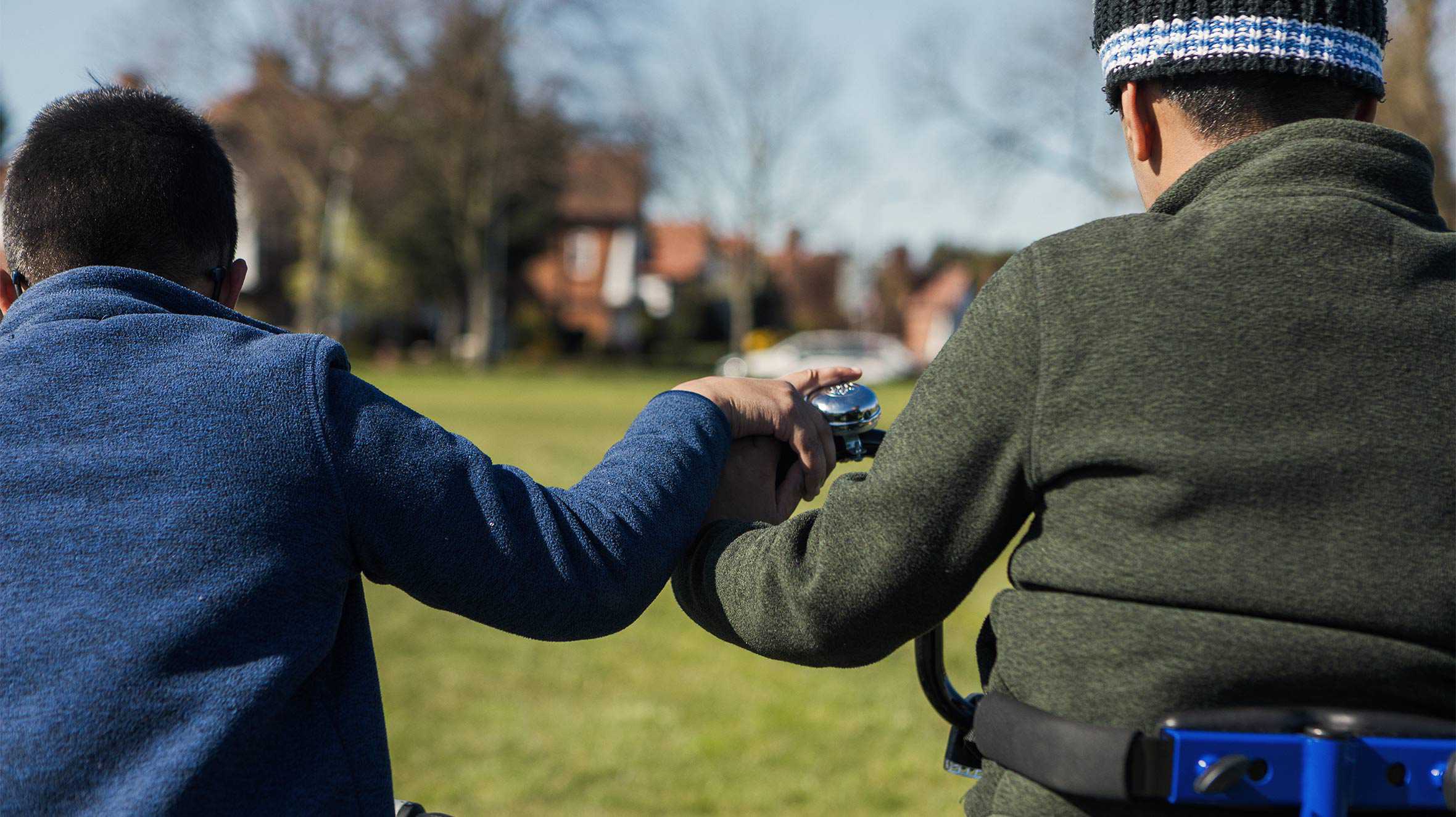 The advantages are both physical and mental for Aaryan: “The day he goes out on his bike, the exercise allows him to get a good sleep – something he didn’t have before. Now, he’s learnt that pedalling moves him forward and how to hold the handlebars. It is stimulating his brain. He laughs when his pedalling makes him go faster.”

Aaryan has even pedalled his way round a seven-kilometre ride. Now his family are bonding even closer together – they plan to attach the boys’ bikes, so they can cycle together, giving Aaryan’s brother the play time with his brother he’s always craved. 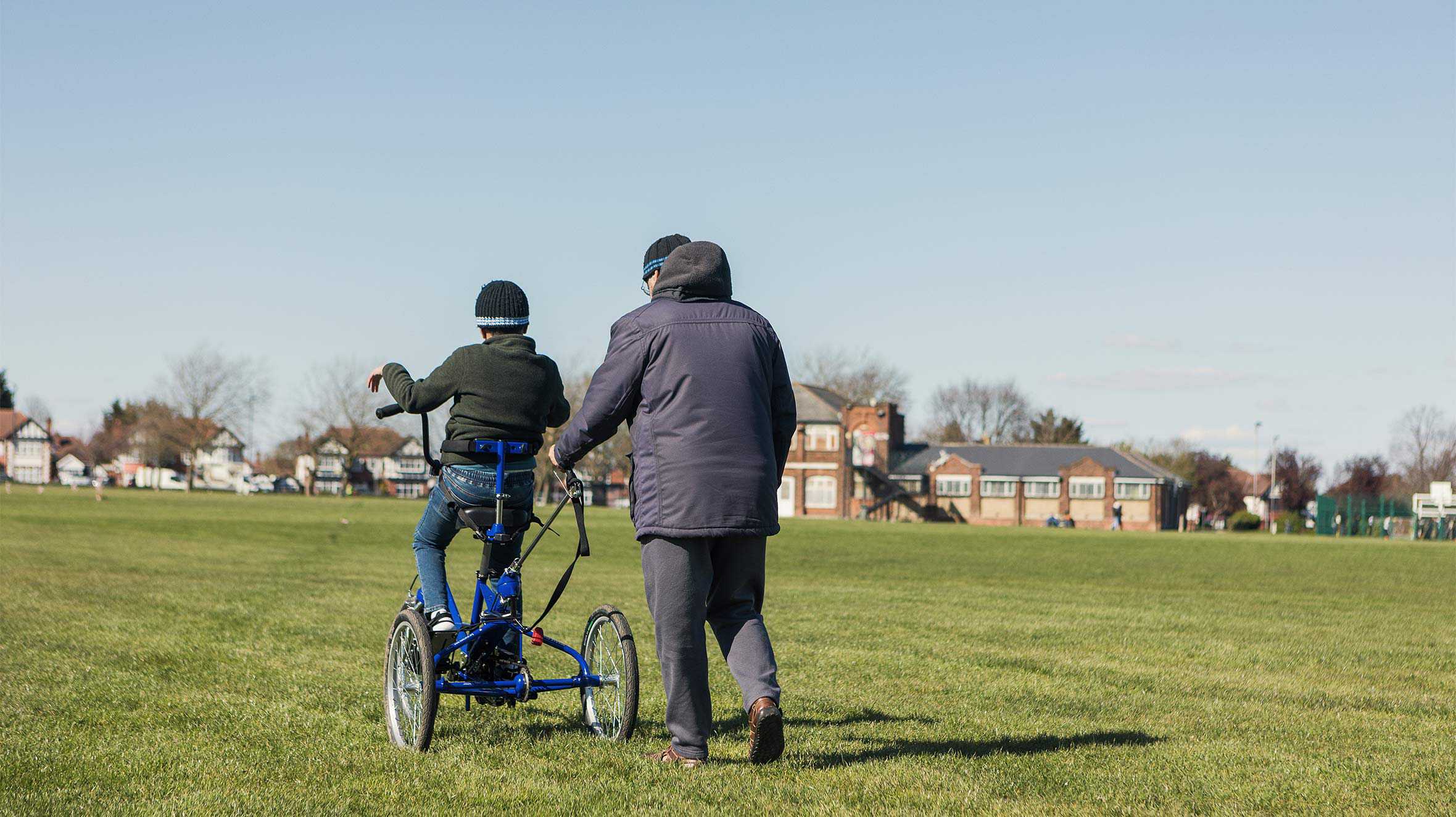 You can create life-changing wishes for more children like Aaryan by donating today.

Read about other wishes that have helped our wish children regain their freedom.

Find out more about the positive impact wishes have on wish children and their families.