A short story by Bluebelle 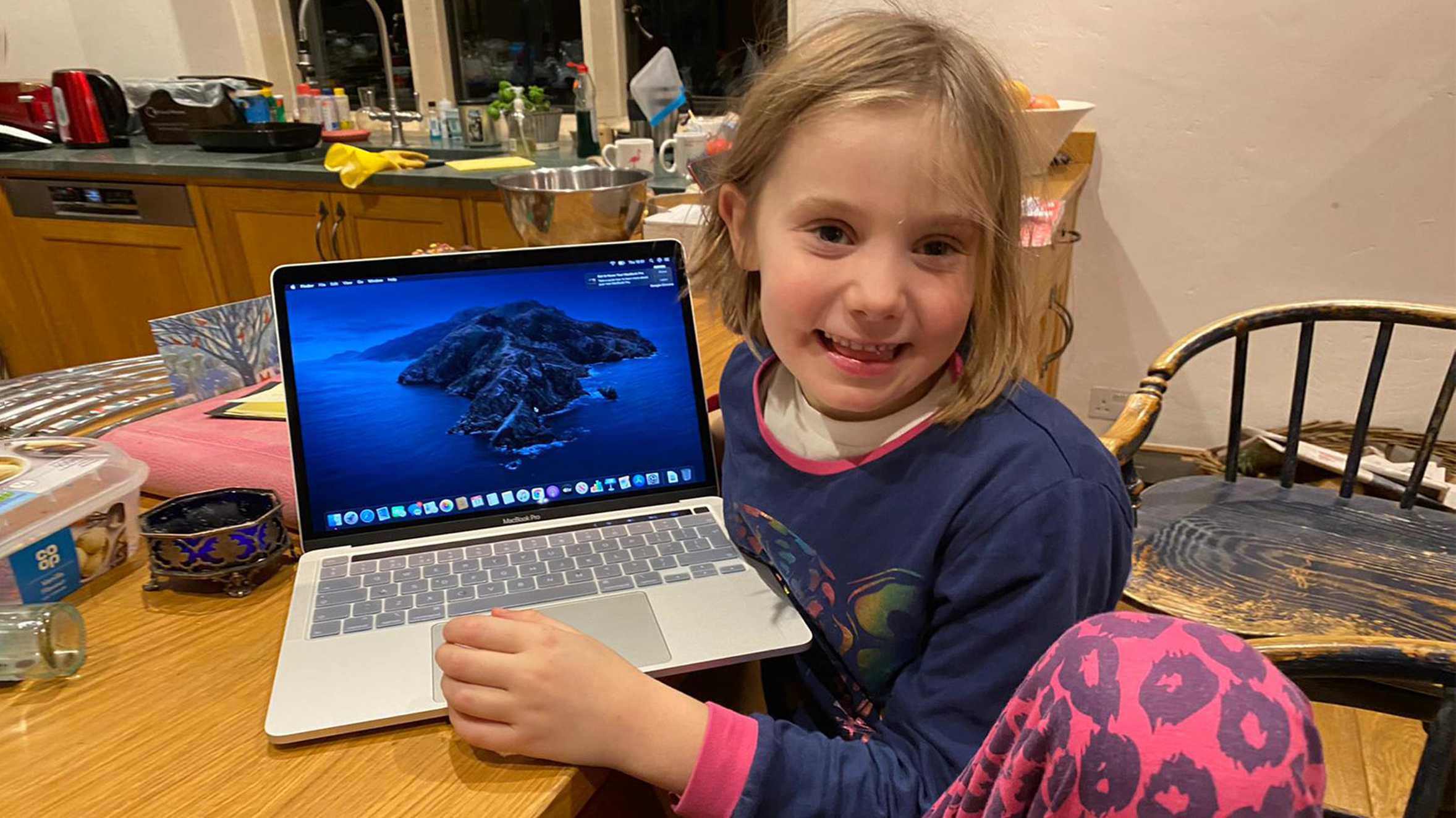 Last December, we granted Bluebelle’s wish ‘to have a laptop’ because she loves writing stories.

Blue, now seven, and from Somerset, has kindly shared one of her tall tales especially for #WorldBookDay today. We think she was hungry when she wrote it. What do you think?! And how does it end?

Once there was a girl. A girl who was kind to others. Her name was Flo. She had a brother called JJ. One frosty morning JJ and Flo woke up. They looked out of the window and a rose was growing in the garden, but then mother called Flo and JJ.

“Time to brush your hair and teeth,” she said. When that was done, Mother said they could choose a flower from the garden and pick it.

“No! Look over there, there are candy canes!” said Flo.

“Let's eat something,” said JJ. “Ok,” said Flo. So, Flo and JJ ate lots of lovely foods. They went to a party and pizza places.

“It is fantastic!” Flo said licking her lips. But then all the lovely foods went black and Flo noticed that the food was poisoned. She turned her head quickly, but it was too late. JJ had already eaten a marshmallow. He fell to the ground with a BANG!!! like a gun BANG!!! BANG!!! BANG!!!

Flo ran back to the magic rose. Please could you give me a horse trailer she said. Suddenly two horses with a trailer appeared. One was ginger and the other was black.

“Thank you so much!” Flo said. Flo ran back to JJ and she whistled for the horses to come. Clip clop went the horses. Flo put JJ on the trailer. She yelled to the horses “FOLLOW THE WIND” and the horses galloped where the wind took them.

Then the stars came, and the blue sky turned black. The moon shined that night. Suddenly Flo said “STOP”. The black horse stopped, then the ginger horse stopped.

“Let's make a fire,” Flo said. Flo set the horses free to gather some sticks. The black horse got 46 sticks. The ginger horse got 66 sticks. Then Flo put rocks in a circle, next she put the sticks in the circle of rocks and set light to them.

The next day Flo woke up and said, “It’s time to find out who poisoned the land of goodies.” So Flo gathered some.......

The winning ending by Suzanne Diamond

...elves she had noticed hiding nearby in the mountains as they passed by. The elves had a stash of magic candy canes. The elves closed their eyes and made a wish and with one magical touch of the candy cane, sprinkling toast crumbs fell from the sky everywhere and soon crumbs swirled into a storm and settled like a picture showing exactly who had committed this monstrosity. Everything was beautiful once more!

Meet other children like Bluebelle, who've had their wish granted by Make-A-Wish.

Find out more about the wish journey, from initial application, right through to the wish and beyond...

Find out how you can get involved and help to grant life-changing wishes.