Former rugby player, Jasper Gordon, from Nottingham, has cycled 1,000 km in 36 days to raise money for Make-A-Wish UK - and lost a few pounds in the process!

Jasper, a former winger who works for a central heating company, set himself the challenge a year ago after discovering that he was heavier than Tyson Fury and yet he was a foot shorter. Here, he explains what motivated him to get on his bike!

"I had a health check through work and when I got the results I was shocked and told myself ‘you’re short, you’re fat, your cholesterol is awful and you’re at risk of heart disease’ so I sat down and decided to do something about it."

"I borrowed my son’s exercise bike and starting cycling on it for 20 minutes a night - gradually building up to more than an hour. When I felt comfortable cycling for 30 km I challenged himself to cycle for 50. Then I got myself a rowing machine for Christmas and the weight dropped off. I've now lost four stone, just by exercising. I've even started to enjoy it!

"I still smoke. I have cut out cheese, stopped having sugar in coffee, and some other treats, but otherwise, my diet is what it was before – awful! I don’t eat a lot of greens. But I am happier and healthier. 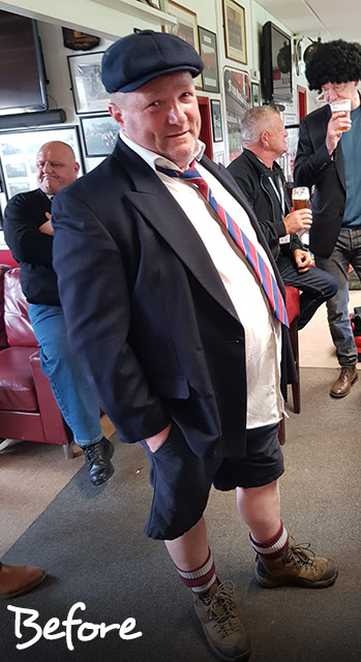 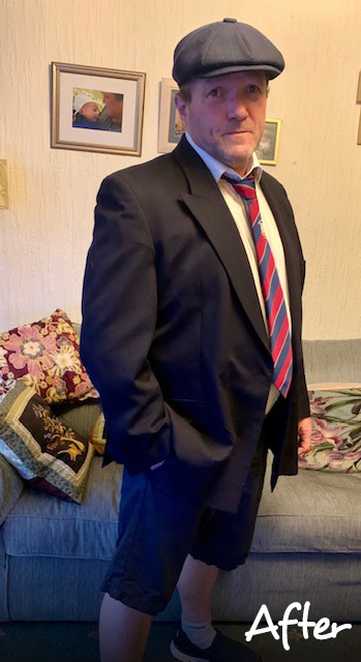 "I manage a team of eight and when lockdown started, I encouraged them to exercise to aid their mental health, and thought I'd better lead by example. I created my own ‘commute’ to and from working from home and found that it really set me up for the day, and helped me to wind down afterwards.

“It’s been a godsend for me because I sit there and pedal or row away while watching Netflix. I’d seen a couple of friends doing things, so I set myself personal challenges, like cycling and rowing the number of miles from Nottingham to Paris or Lands' End to John O’Groats. Once that was completed, I thought to myself, why not do it for charity?

"I’ve always known of Make-A-Wish and I remember seeing various things that the charity has done over the years. I’ve got two sons and there are things that I wish I’d done with them when I was younger. It also appealed to my warped sense of humour to swap the pain and sweat I was going through for a child’s smile."

“I chose Make-A-Wish because the charity helps the family as a whole, which I like, and there have been lots of people raising money for NHS charities but other organisations need help too.

"I’m the sort of bloke who will happily get my wallet out in the office but doing this has taught me a lot. I set myself the challenge of cycling 1000 km and when I’d only done 90 km by day three, it felt a bit daunting. But there’s a responsibility to the people who’ve donated and to the charity. That was the motivation and it was also a hindrance. Getting over halfway felt like ‘ok the end is in sight’ and then I thought I’m going to ramp this up and get it done. It’s taught me that if you want to find the time you will.

"I have two concerns about returning to the office, whenever that may be: finding the time to carry on exercising and also having to buy a new wardrobe. My old jeans just fell off me the other day! But I’ll leave off shopping until I really need to.

“When I was playing rugby, I never trained as hard as I have done in the last year – I'd train as hard as I needed to, rather than as hard as I could. Now I don’t see me stopping. It’s become part of my lifestyle. I’ve bought a road bike and signed up to do London to Paris next year so I’ve got some serious work to do to get in shape for that.  I hope I inspire someone to think - if he can do it why can’t I?

"I really have to thank all those who have donated and supported me because it’s really kept me motivated – especially my wife who’s had to put up with me getting up earlier, delaying dinner and washing three t-shirts a day."

Huge thanks from us to Jasper, his wife and all his supporters too! We hope you've been inspired by Jasper's story to set yourself a fundraising fitness challenge too.

You can read more about Jasper on his fundraising page here.

Find out how you can help to grant life-changing wishes by fundraising for Make-A-Wish.